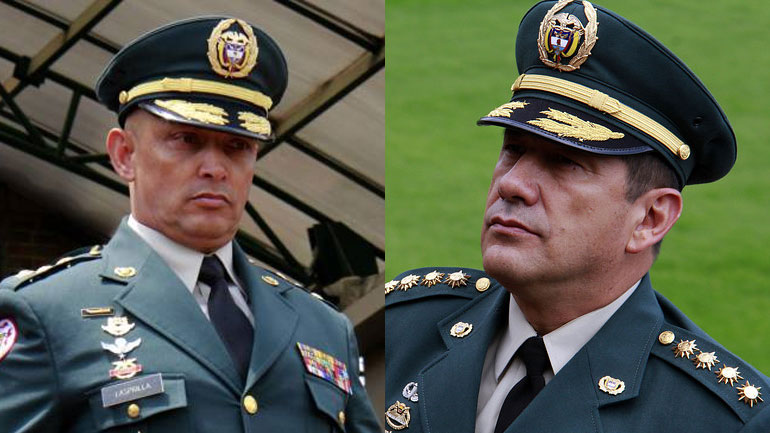 Neither the commander of Colombia’s Armed Forces, nor the National Army commander, are or have been investigated over accusations they were implicated in the killing of civilians.

The current top commanders of the military led brigades in different parts of the country that were accused of carrying out at least 76 of the killings while briefly under their command.

The Colombian military is suspected of having carried out between 3,000 and 4,500 civilians, mostly during the administration of former President Alvaro Uribe and most intensely when Colombia’s current president, Juan Manuel Santos, was Minister of Defense.

In spite the persistent allegations that Rodriguez and Lasprilla either knew or should have known about the killings occurring under their command, neither one has been or is the subject of investigations, according to a clarification released by the Prosecutor General’s Office.

“There exist no registries of investigations against Juan Pablo Rodriguez,” a prosecution letter requested by the National Army commander read.

Human Rights Watch had already said Lasprilla is not among 22 generals being investigated, but had claimed Rodriguez is.

Retired General Mario Montoya, who had to step down after the first revelations of “false positives” in 2008, is one of the investigated generals. However, neither Montoya or any of the remaining 21 (former) generals have been formally charged.

According to the Human Rights Watch, the Colombian military is investigated for at least 3,000 cases in which civilians were lured to a secluded area, executed, dressed up as guerrillas and reported as combat kills. According to statistics provided to Colombia Reports by the Prosecutor General’s Office, there are almost 4,000 established cases of “false positives.”