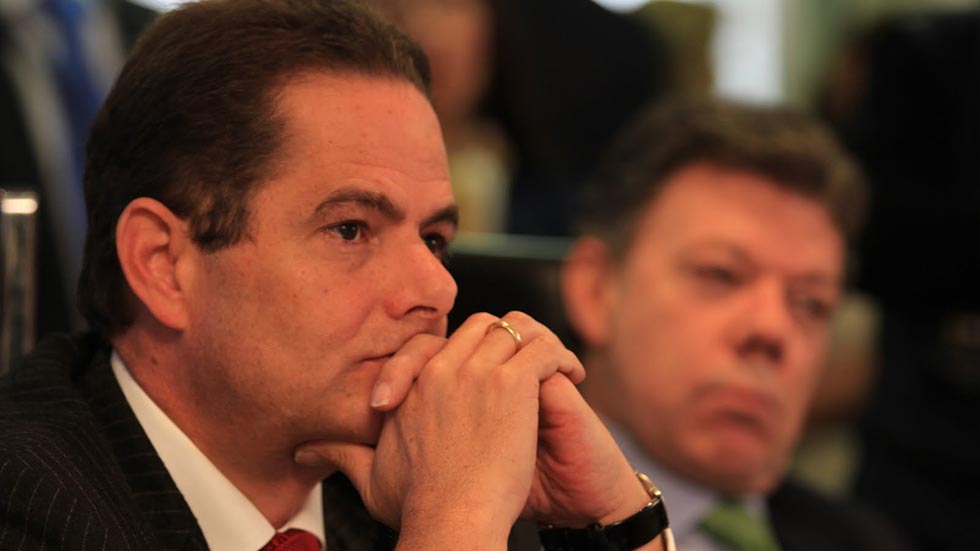 Colombian Vice President German Vargas circles in on the 2018 presidency after impressively expanding a network of political allies in Sunday’s local elections.

Vargas’ unofficial but well-known campaign in the race for the next presidency appears stronger than ever with the results of the recent mayor and governor elections in Colombia.

The Radical Change party, Vargas’ political apparatus of which he was the former leader and is still considered by many to be the head puppeteer, filled the seats of nine capital mayorships and eight state governorships across the country Sunday evening.

The results are no coincidence. Vargas hasn’t wasted any time in his 16 months as vice president, already creating his own political structure to leave him in good shape to fight for the succession of current President Juan Manuel Santos.

His alleged politicking already got him in trouble with coalition partners the Liberal Party and the U Party who have asked Santos to stop Vargas’ use of government offices for electoral purposes.

In Tolima, Vargas’ party joined opposition party Democratic Center for the successful endorsement of a joint candidate for governor.

The Democratic Center is the conservative party of former President Alvaro Uribe, who has become a political enemy of Santos, but who in the wake of Santos’ presidency, has become politically marginalized.

Vargas and Uribe fell out in 2009 as both politicians sought to run for the 2010 presidential election. However, leading up to Sunday’s local elections, both parties successfully combined their endorsement of one governor candidate in the central-south Tolima province.

As a result, Vargas finished the race with his own enhanced regional mechanism and potential support of the “Uribistas.”

Vargas will be able to capitalize on these alliances if he abandons government in 2017 in order to be able to run for president the year after.