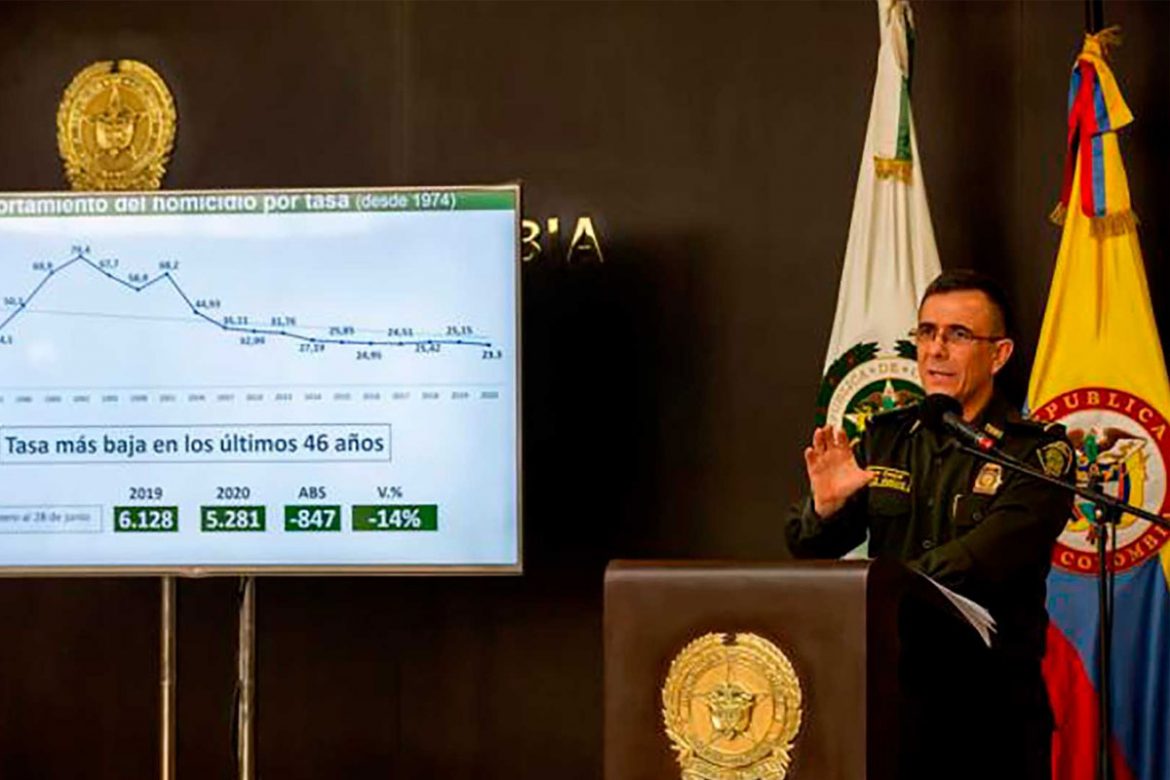 The coronavirus pandemic appears to have reversed Colombia’s recent rise in homicides and pushed crime statistics to a historic low.

Statistics by the National Police and the Medical Examiner’s office confirm President Ivan Duque’s claim that Colombia will end the year with the lowest homicide rate since 1974.

This may not be the result of good policework, as claimed by Duque, but the lockdown put in place to prevent a rapid contagion.

The Medical Examiner’s Office’s monthly statistics show a steep drop in homicides in April, the month that many in Colombia were locked inside their homes.

The gradual activation of economic activity coincided with a gradual increase in homicides that peaked in September when independent conflict monitor Indepaz also registered a peak in massacres.

This year’s dramatic increase in massacres and the ongoing mass killing of human rights defenders and demobilized members of former guerrilla group FARC spurred the United Nations’ human rights chief, Michelle Bachelet, to urge Duque to act against the “appalling and pervasive violence.”

How the pandemic has affected non-lethal violence and crime is unclear.

The Medical Examiner’s Office registered an atypical drop in reported cases of domestic violence and sexual violence as the lockdown measures presumably impeded victims to report these crimes.

Curiously, reported robberies remained low after both national and local measures had been lifted despite a steep increase in unemployment and poverty.

Presumably, the economic crisis is not reducing crime levels in Bogota and the rest of Colombia Colombia, but victims are impeded to report crimes due to ongoing coronavirus measures.