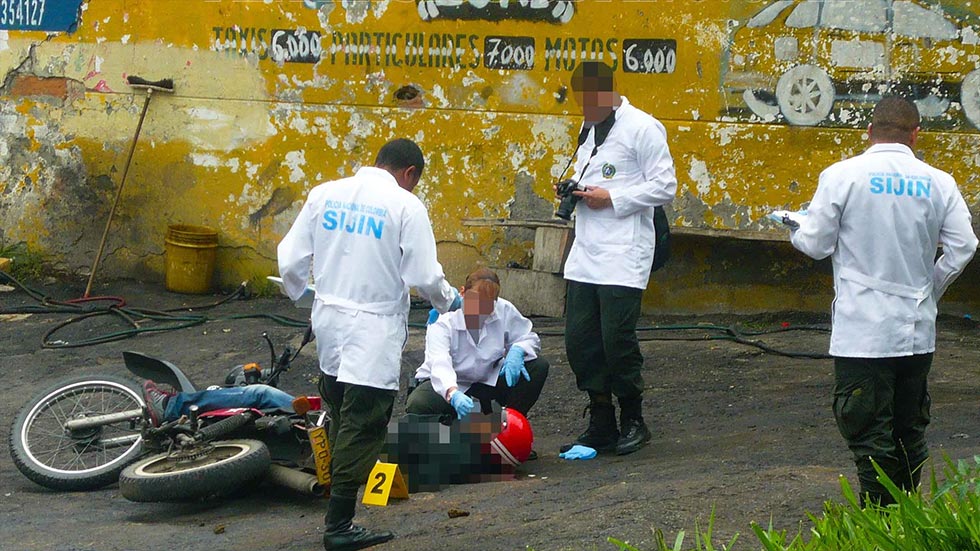 Homicides in Colombia’s second biggest city Medellin shot up 80% in May after tensions between local crime lords ended years of relative peace between the city’s gangs.

For years Medellin has boasted dropping homicide rates. However, this reduction in violent crime has been delicate, primarily because it was never the result of an effective security policy, but due to a pact between capos of local crime syndicate Oficina de Envigado and neo-paramilitary group Los Urabeños.

However, for months there have been renewed tensions between the different leaders of the Oficina, particularly in the downtown area where decades-old gangs called Convivir rule the streets.

Additional tensions and spikes in homicides were reported in the east and northeast of the city.

The troubles began in January, immediately after Mayor Federico Gutierrez, a long-time critic of the security policies of his predecessor Anibal Gaviria, took office.

Under Gaviria, the city’s crime lords upheld a truce, allegedly bartered by businessmen and politicians with ties to the city’s underworld.

But after Gaviria left office turf wars erupted between Convivir groups in the center of the city and between gangs in the northwestern districts of Castilla, 12 de Octubre and Robledo.

The wars pushed the number of homicides in the city up 38% in January and February compared to the same period last year and led to a reshuffling of territorial divisions.

The situation escalated to the point that even the mayor was receiving death threats, he claimed were due to his administration’s anti-crime offensives in the downtown area and Castilla.

Following the escalation, leaders of the Oficina were reportedly able to calm the situation downtown, sacrificing one of the Convivir’s senior chiefs, “Carnero,” who was arrested in late April, a month of relative calm.

But Carnero’s arrest seemed to have triggered a new war downtown. Moreover, little over a week ago, unknown assailants assassinated “Chalo,” one of the top leaders of the Mondongueros, a so-called “super combo” that has controlled large parts of the northeast of the city since before slain drug lord Pablo Escobar united the city’s gangs to form the Oficina de Envigado.

The tensions between gangs has resulted in almost 90 assassinations so far this year and, to the disgrace of the mayor, show how public security in Medellin is not defined by the mayor, but by the city’s underworld.

Youth from the east in Medellin for months have asked the mayor to come up with actual violence prevention strategies that reduces Medellin’s youth risk of being forced to join a gang or be killed by one.

But the mayor never responded.

However, following the latest spike in killings, members of the city council are now also calling for more comprehensive and less repressive policies to the reduce the risk of Medellin returning to the great gang wars that waged between 2008 and 2010 as a results of the extradition of paramilitary leader “Don Berna.”

She was supported by councilman Santiago Jaramillo of the conservative Democratic Center, who also urged to broaden the approach and combine police action against gangs with policies that reduce the risk of young people being affected by crime and violence.

In a 2014 study from the Corporation for Peace and Development (Corpades), an estimated 13,500 adolescents in Medellin are involved in 350 gangs affiliated with drug trafficking organizations, though the police estimate the number of gangs to be closer to 100.