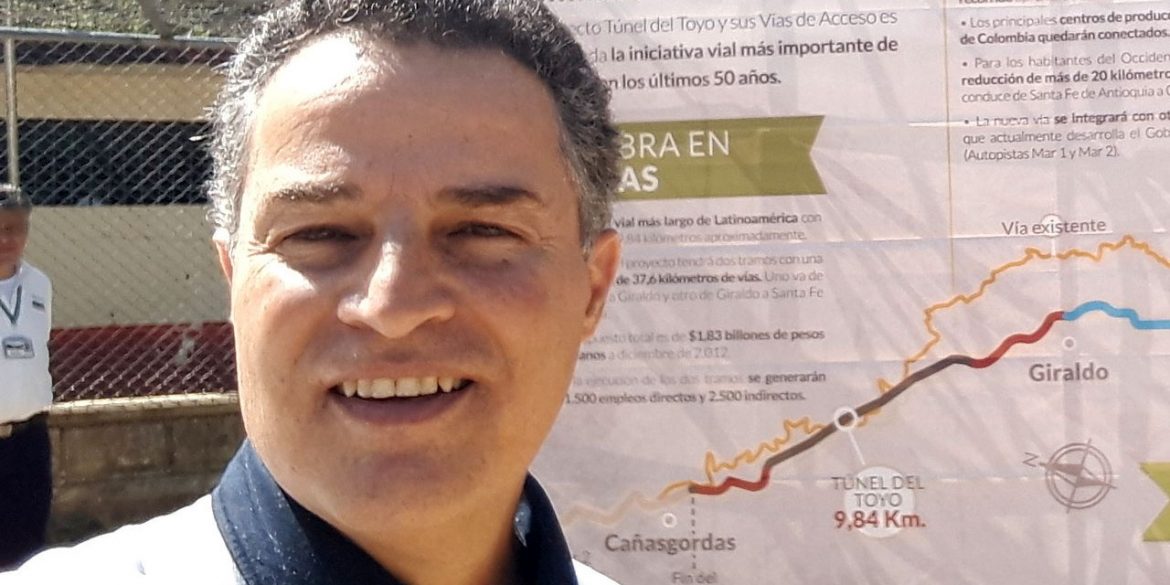 Anibal Gaviria is a Colombian journalist and politician, and one of the heirs of a powerful, but controversial dynasty from the war-torn Antioquia province.

Gaviria initially focused on a career in journalism, finding employment with his family’s newspaper – the influential liberal daily El Mundo – and left politics to his older brother Guillermo, who was elected governor of Antioquia in 2000.

After Guillermo was kidnapped by FARC guerrillas then killed in a botched rescue attempt in 2003, Gaviria left his post of editor general of El Mundo to stand for his brother’s office.

Running as a Liberal, Gaviria won the election by the slenderest of margins, gaining less than 5,000 more votes than his rival out of more than one million voters. His opponent, Ruben Dario Quintero from Radical Change, challenged the results. More than a month after the election, Gaviria was declared the winner following an investigation by the National Electoral Council.

Gaviria proved to a popular governor. In 2007, he was voted Colombia’s best governor and he left office with sky-high approval ratings of 89%. However his time in office was not without controversy. His proposal to sell the state liquor company FLA provoked a mass backlash, while he also came under fire for handing liquor distribution licenses to a group associated with gangland boss Alirio Rendon, alias “El Cebollero.”

His alleged relationship with the convicted Oficina de Envigado chief came back to haunt him when El Cebollero told the media he had had a close relationship with Gaviria and had proof that he had helped fund Gaviria’s governor election campaign.

After leaving office in 2007, Gaviria resurfaced a year later to launch his bid to become the Liberal Party candidate in the 2010 elections. In the party primaries he lost to Rafael Pardo by more than 100,000 votes. However, Pardo asked Gaviria to run as vice-president on his ultimately unsuccessful ticket.

During the campaign Gaviria had to defend himself against parapolitics charges after AUC chief Freddy Rendon, alias “El Aleman” testified his paramilitary bloc had helped Gaviria in his 2003 election campaign.

Gaviria started his bid to be mayor as a firm favorite after forging an alliance with the popular ex-mayor of Medellin and governor-elect Sergio Fajado. However, his support was steadily eroded by his main opponent Luis Perez who remained close in the polls despite a scandal plagued campaign.

Gaviria won 37.66% of the votes, trailed immediately by Perez with 34.94%. The victory came after one of the most overheated electoral races in Colombia that until the very end was too close to call for any of the pollsters.

Both newspapers prominently published editorials endorsing Gaviria and his political ally Sergio Fajardo, who was voted governor of Antioquia in a landslide.

Gaviria won the elections, ruled virtually unnoticed and left office without leaving much of a legacy in 2015.

His family has since been embroiled in court cases for financially benefiting from his country’s armed conflict. The family’s company has been convicted to return multiple plots of land they had dispossessed from displaced communities.