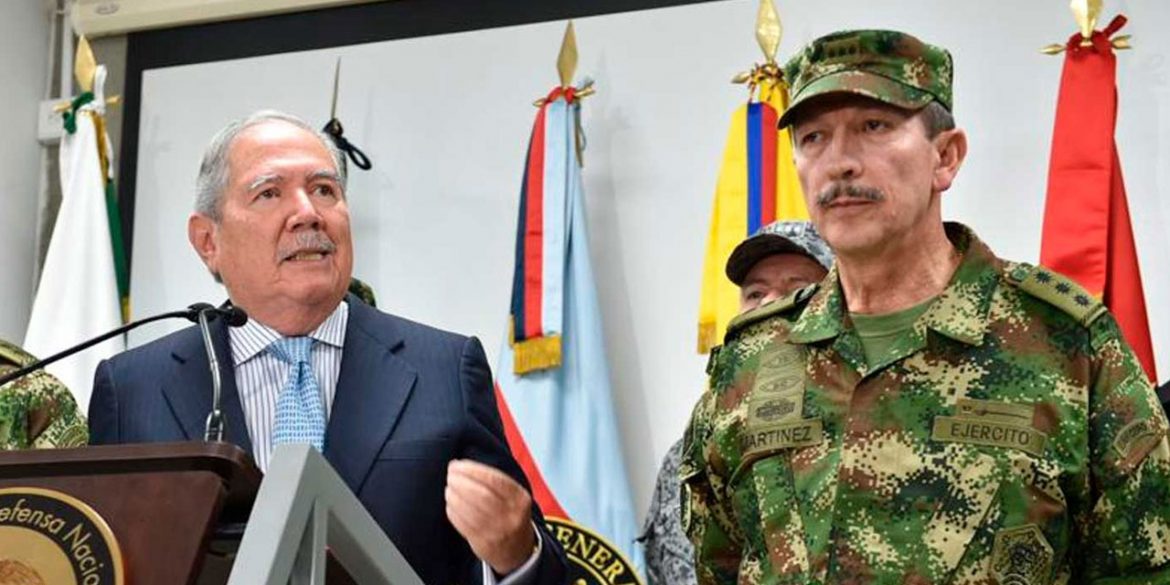 Heads roll in top of Colombia’s army after corruption revelations

Three generals were removed from top positions in the army after reports on corruption and a witch hunt on press sources, Colombia’s defense minister said Tuesday.

In a press conference, Defense Minister Guillermo Rivera announced that General Jorge Romero, the former commander of the 4th Brdigade in Medellin, was removed from the top of the military brass after revelations he is under investigation for allegedly embezzling more than $300 thousand (COP1 billion).

The National Army’s second in command, General Adelmo Fajardo, was sent on vacation so he can prepare his defense against a criminal investigation into his alleged embezzlement of army funds.

Last but not least, commander General Eduardo Quiroz was removed as the head of Counterintelligence after weekly Semana revealed evidence he had been leading a witch hunt to find out who talked to the New York Times about the controversial order of National Army chief Nicacio Martinez to double the number of combat kills and captures.

The forced shuffle in the top of the army command are a major blow to Martinez and President Ivan Duque, who appointed the current army chief in December despite concerns about the general’s links to more than 20 homicides.

The army had denied earlier reports claiming that it was trying to hunt down the commanders who told the American newspaper about Martinez’ controversial orders that sparked fears of a resurgence of the killing of civilians to inflate military results.

The removal of the top officials could restore calm in the National Army where the controversial promotions and kill orders had spurred major unrest.

Many commanders and professional soldiers have seen friends and colleagues disappear behind bars because they followed orders by controversial former army chief Mario Montoya to deliver “buckets of blood.”

This alleged violence within the army added to the apparent bad blood between the “bad apples” and those who have been trying to restore the military’s reputation.