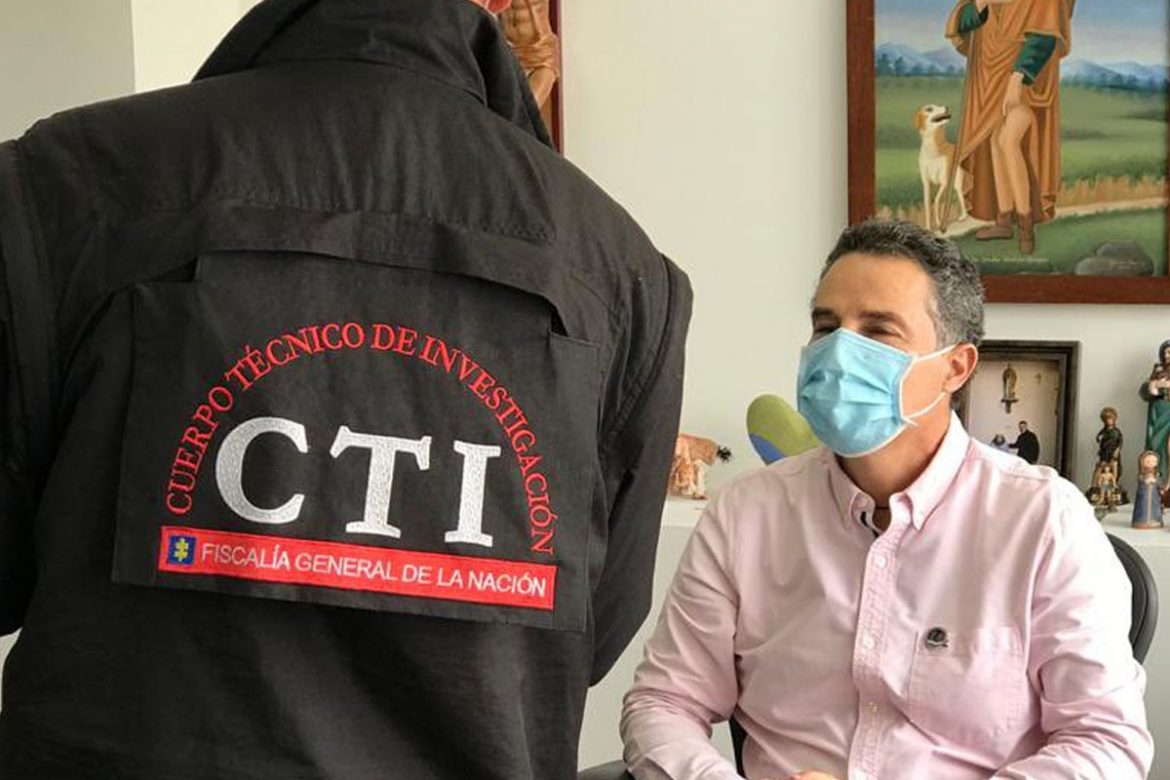 Colombia’s prosecution placed the governor of the country’s largest province, Antioquia, under house arrest on corruption charges on Wednesday.

Governor Anibal Gaviria, a member of the notorious Gaviria Clan, was detained in his office in Medellin over a suspicious budget increase for an upgrade of the so-called “Peace Backbone” road.

The prosecution said it placed the governor under house arrest for the second time since taking office last year after pressing criminal charges before the Supreme Court, which is supposed to investigate the alleged corruption.

Gaviria gave the green light to upgrade part of the so-called “Peace Backbone” road for $11.4 billion (COP41.7 trillion) after taking office as governor for the first time in 2004.

By the end of 2005, however, the governor approved a 29% budget increase for the contractor, the Solarte Group, without any technical justification in what the prosecution called “an arbitrary modification.”

The governor allegedly adapted the contract again four days before leaving office in late 2007 to include the construction of a $4.4 million (COP 16 billion) bridge connecting the town of El Bagre to the unpaved village of Buenos Aires.

Gaviria additionally approved to pay the contractor more than $1.4 million to buy equipment while having equipment was a requisite to bid for the seemingly senseless bridge.

The Solarte Group found itself implicated in the Odebrecht Bribery scandal in 2016, but left a “splendid” bridge, the Gaviria family’s newspaper, El Mundo, reported last year when the governor was under house arrest for the first time.

The governor’s family has become one of Colombia’s most infamous “clans” after evidence indicating Gaviria was elected in 2003 with the alleged help of paramilitary warlords, took advantage of extreme violence to expand its land properties for cheap.

Gaviria has been mentioned as an alleged accomplice in the fake demobilization of extradited Medellin crime lord “Don Berna” and is being investigated by the war crimes tribunal for constructing apartment buildings on top of mass graves of victims of Berna’s paramilitary group.