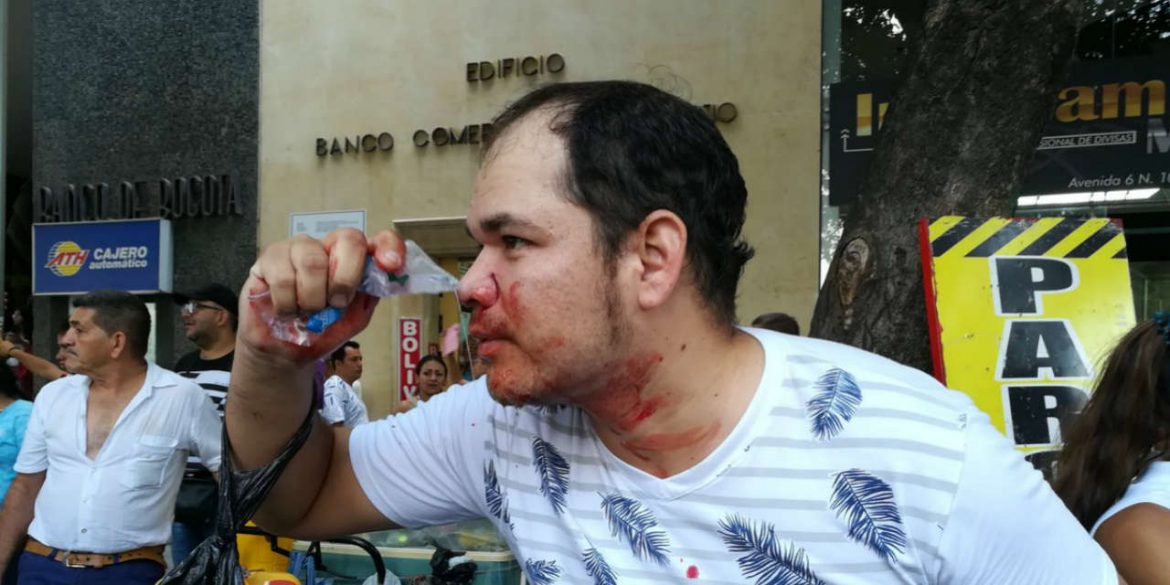 Government warns for violence in Colombia’s election race; Uribe and Petro fail to follow up

Colombia’s government warned on Saturday about the dangers of polarization ahead of elections after two campaign events turned violent. Key candidates, however, failed to follow up.

The situation ahead of the May 27 elections became even more alarming after an alleged assassination attempt on leftist candidate Gustavo Petro in Cucuta.

President Juan Manuel Santos reiterated his call to “let political campaigns take place with the respect for differences and without aggression, and of course without violence.”

Interior Minister Guillermo Rivera urged to “not let the climate of polarization be a prelude to what happened in the last century” when the country’s politics saw multiple political assassinations.

“We have asked all the political leaders, without exception, to come out and reject any kind of action, aggression or sabotage against any candidate,” the minister told W Radio.

Some of the leading candidates followed up accordingly.

Former Vice-President German Vargas expressed his “absolute and resounding rejection of the acts of violence” in both Cucuta and Popayan.

“No type of violent manifestation is part of democracy. NONE. We cannot allow that these elections become an excuse for those who want to use violence,” Liberal Party candidate Humberto de la Calle said.

The campaigns that had been attacked, however, failed to urge their followers to refrain from aggression.

Uribe shared a post of Twitter of one of the Democratic Center candidates who had incited the disturbances in Cucuta. His political heir, presidential candidate Ivan Duque

Petro failed to reject the violence at the campaign event of his political rival in Popayan.

The Prosecutor General’s Office announced a criminal investigation into the disturbances in both cities and said that the security measures for all candidates have been increased.