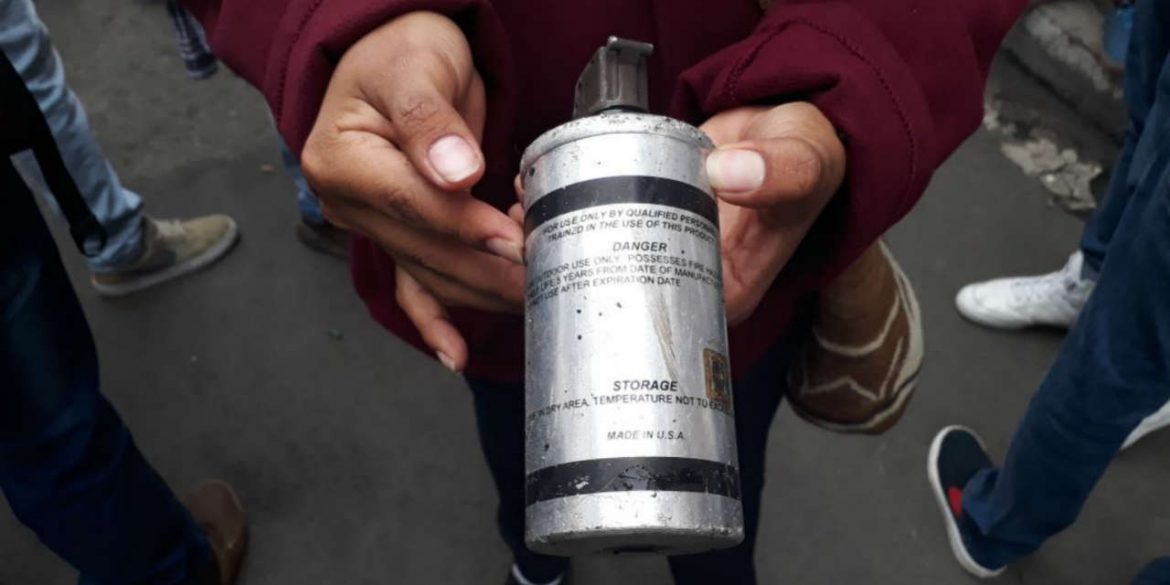 Local police said that five protesters were treated after inhaling tear gas in the historic center of Popayan, Cauca where the controversial former president attended an election rally.

The protesters, who outnumbered the attending Uribe supporters, shouted “murderer” and “rapist” to the former president during the rally.

The situation escalated after Uribe, who is campaigning for a reelection as senator, tried to leave and the police used teargas grenades to disperse the protesters.

According to the protesters, riot police used excessive force. The local police commander denied this.

“We will not allow this kind of actions with the senator or any candidate who visits the city,” Popayan police chief Colonel Pompy Arubal told RCN Radio.

Uribe said on Twitter that the protesters were students from the local university who had assaulted a policemen. This was not confirmed by the authorities.

Hooded protesters emerged in the aftermath of the campaign event.

The incident is the latest of multiple violent protests that have happened as part of the first political campaign after a peace deal with the FARC and ahead of a war crimes tribunal.

The former guerrilla group’s participation in politics takes place ahead of a war crimes tribunal that is expected to try thousands of former FARC guerrillas and at least 1,700 members of the security forces.

Coincidentally, the FARC resumed campaigning on Friday in the north of Cauca without any violent incident.

Following his campaign in Popayan, Uribe traveled to region where the FARC had been campaigning only hours before.