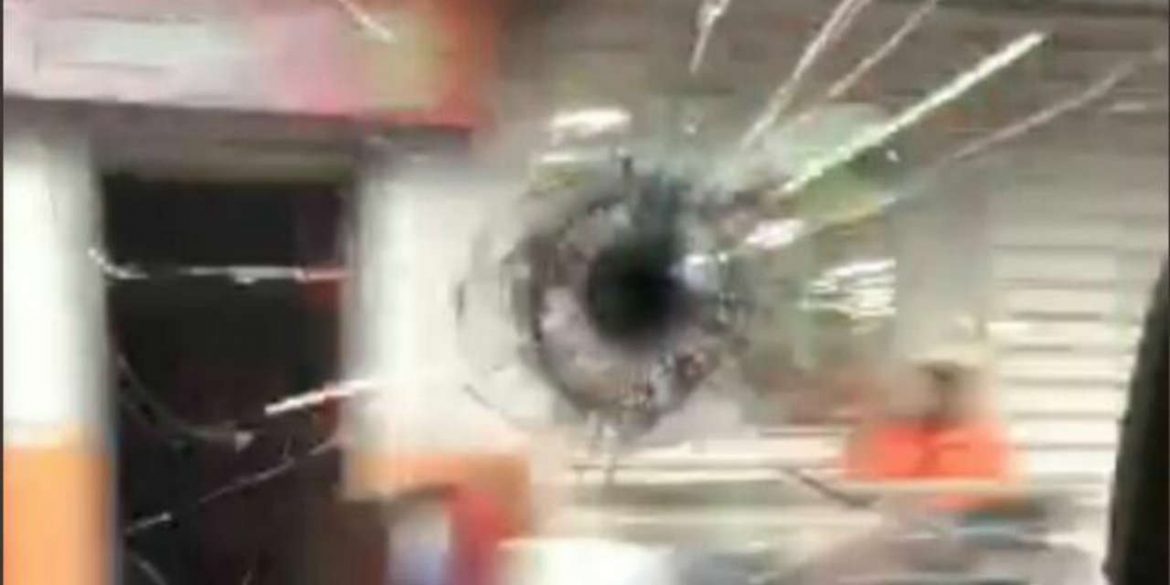 Petro's armored car has come under attack while on campaign. (Image: Twitter)
Elections

Gustavo Petro, the leading leftist candidate in Colombia’s election race, suffered an attack on his way to a campaign rally on Friday. The politician was not injured.

Some claimed that shots were fired at the candidate’s armored vehicle in Cucuta, Norte de Santander, but this was not confirmed. Rioters attacked the car using rocks and eggs, a video released by the candidate showed.

Petro accused local police of driving him to the spot where a mob was waiting for him instead of the place where the rally was supposed to be held and hundreds were waiting.

The rally was postponed and moved to a different location from where Petro, surrounded by riot police and supporters, delivered his speech.

What is going on in Cucuta?

The violence took place amid a dispute between Petro and Cucuta Mayor Cesar Rojas, a political ally of presidential candidate German Vargas and the former mayor’s political heir.

Rojas initially banned Petro from the city, but was reminded by Interior Minister Guillermo Rivera on Twitter that this was illegal. According to the minister, the mayor failed to respond to calls from Bogota.

When Petro was senator, he accused Cucuta’s former mayor of having ties to death squads belonging to paramilitary umbrella organization AUC.

Suarez was sentenced to 27 years in prison in 2011 for ordering the assassination of a political rival.

The current mayor is the heir of the clan led by Suarez from prison, according to political analysis website La Silla Vacia.

The attacks and possible assassination attempt took place amid ongoing polarization that has come to dominate the first election race since a peace deal with Marxist FARC guerrillas in December 2016.

A campaign rally of former President Alvaro Uribe ended in violence earlier on Friday after police violently broke up apparently peaceful demonstrations in opposition to the hard-right politician.

The FARC was forced to temporarily suspend its campaign after candidates were attacked by angry mobs.

Petro’s expected running mate, former Santa Marta Mayor Carlos Caicedo, was attacked with rocks and bottles at a campaign event in the north of Colombia.

The protests against Uribe are spurred by renewed investigations against the former president over his alleged support for paramilitary death squads.

The violence targeting leftist candidates comes amid claims by conservative and far-right politicians that Petro and the country’s ongoing peace process could “turn Colombia into a second Venezuela,” the socialist-run neighbor where an economic crisis has caused a shortages in supplies of food and medicine.

The current election race is the most violent since 2006 when far-right paramilitary death squads coerced voters into electing politicians sympathetic to their interests.