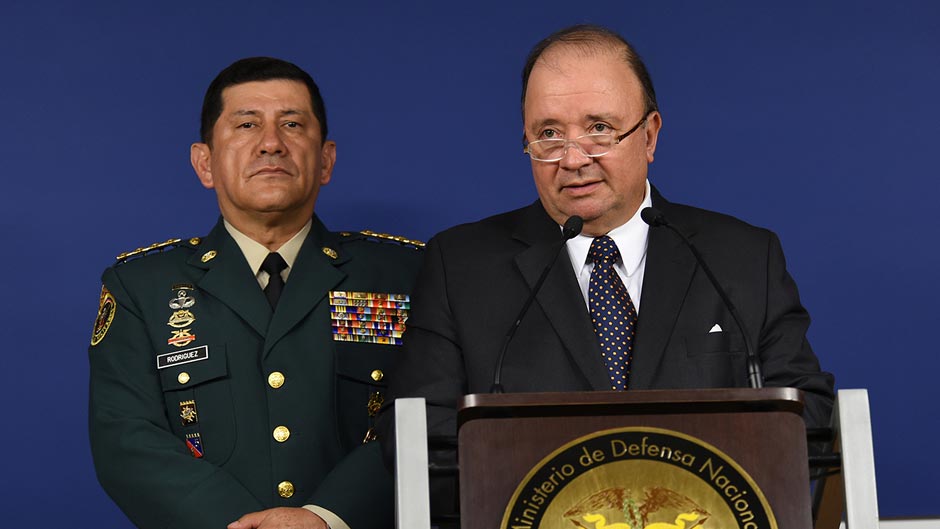 Snipers of Colombia’s largest guerrilla group, the FARC, killed two soldiers, according to the country’s defense minister who demanded answers from the rebels who have been engaged in peace talks since late 2012.

Defense Minister Luis Carlos Villegas accused the FARC of not one, but three violations of the unilateral ceasefire called by the guerrillas almost a year ago.

“The cease fire decreed by the FARC is unilateral, and … has seen a high level compliance,” Villegas said at a press conference in the capital Bogota.

“However, in the past weeks there have been at least three violations of this unilateral ceasefire,” the minister added.

The latest alleged attack took place in Caqueta, a province in southern Colombia where the FARC’s 3rd Front is active.

According to Villegas, members of this fighters unit shot the soldiers in the rural area around Florencia, the province capital.

“The majority of the cases are related to criminal activity by the guerrillas and with random encounters,” Restrepo said.

According to the expert, “it is very important the guerrillas take a decision about abandoning its criminal activities.”

While the FARC has largely upheld its self-imposed ceasefire, the group has not ended its drug trafficking and extortion activities with which it finances the organization.

The FARC has agreed to end criminal activity following its pending demobilization and ahead of the group’s eventual inclusion to politics.

FARC leader “Timochenko” earlier this week accused the government of provoking armed confrontations by continuing military offensives against the guerrilla organization while negotiating a bilateral ceasefire.

This bilateral ceasefire and the FARC’s demobilization, disarmament and reintegration is currently being negotiated in the capital of Cuba, Havana.

Government and rebel negotiators have been trying to find a negotiated way out of Colombia’s half-a-century armed conflict that has left more than seven million victims.