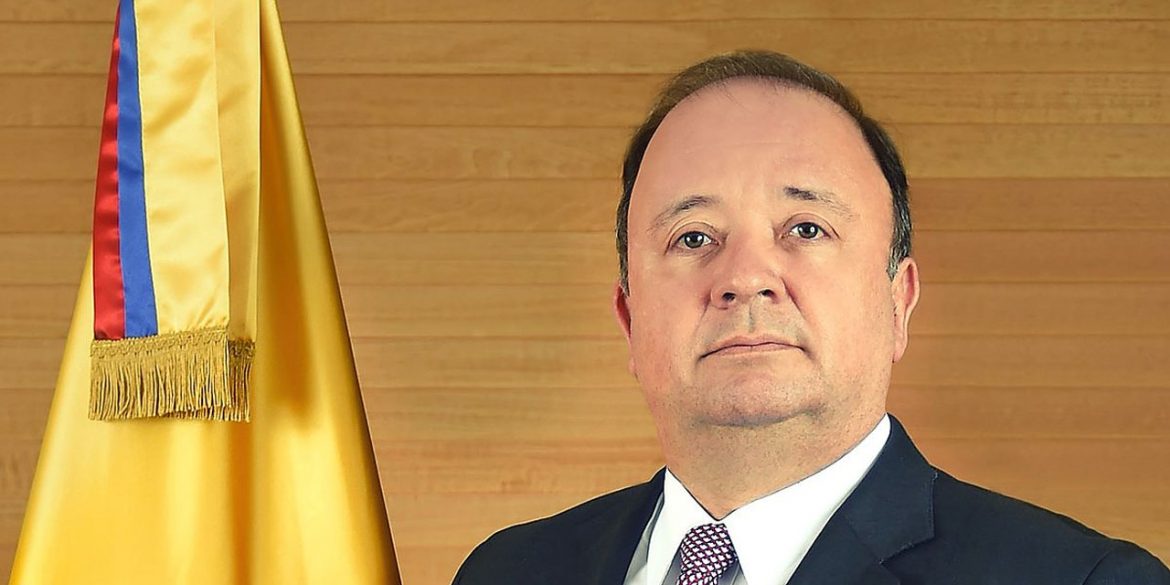 A native of the city of Pereira, Villegas has been dubbed one of the most influential Colombian politicians of the past decades as he has occupied various influential positions in both the public and private sector since the 1980s.

Ever since leaving college in 1978, Villegas has been inside the echelons of power in Colombia.

After obtaining his law degree, he became the personal secretary of the then-Development Minister of outgoing President Alfonso Lopez (1974-1987). However, when months later Julio Cesar Turbay (1978-1982) took office, the 21-year-old was appointed economic adviser at the Colombian embassy in Paris, France.

He was appointed governor of his home province Risaralda by President Belisario Betancur (1982-1986) in 1985, a position he only held one year before joining the National Coffee Federation (Fedecafe) as secretary general.

Two years later he was appointed Vice-Minister for Foreign Relations of the administration of Betancur’s successor, Virgilio Barco (1986-1990)

He made an attempt to be elected to the Senate in 1991, but failed. By then, Villegas had become a prominent member of the Liberal Party, which employed him as international secretary.

At the same time, Villegas successfully vied to become the president of the Eastern Financial Corporation, a bank that had his former employer, Fedecafe, as main stock holder.

In 1996, Villegas took up the job that most defined his career and became president of business association ANDI, a position he would hold until 2012.

As Colombia’s main business representative, Villegas was able to maintain ties to both liberal and conservative sectors in Colombian politics, and became a powerful lobbyist representing the country’s employers.

His prominence in the business community kept him close to politics.

In 1999, when Conservative Party president Andres Pastrana began peace talks with the FARC, Villegas was one of the members of the government commission that accompanied FARC leaders on a controversial European tour requested by the guerrillas to seek political support for their cause.

This encounter with the guerrillas helped Villegas’ family in 2000 when the FARC kidnapped his daughter, but voluntarily released her after three months, claiming they had been able to prove that the business leader was not linked to right-wing paramilitary groups.

In 2009 he was tipped to replace outgoing Defense Minister Juan Manuel Santos in the last year of Alvaro Uribe’s presidency (2002-2010).

Having become known for his diplomatic skills and negotiation tactics, Villegas left the ANDI in 2012 to represent the private sector in peace talks between the administration of President Juan Manuel Santos the FARC that commended that year.

However, little more than a year after being appointed a formal member of the peace negotiation team, Santos sent the political heavyweight to represent Colombia in Washinghton DC after then-ambassador Carlos Urrutia was forced to resign over his alleged role in the illegal purchase of land that had been destined for poor farmers, but ended up in the hands of a powerful sugar company.

While in DC, Villegas became Santos’ main man to seek US support for the peace talks that would end a war that had long been backed by Colombia’s ally from the north.

As ambassador, Villegas was able to obtain support for the talks both from the Obama administration and the Republican-dominated Congress.

On May 20 2015, Santos announced Villegas would change places with Defense Minister Juan Carlos Pinzon, but without defining on which date this switch would take place.

Pinzon had become the face of the war against the FARC, while Santos’ delegates at the peace talks in Havana were negotiating a deescalation of violence and a possible bilateral ceasefire with Colombia’s largest rebel group that had been upholding a unilateral ceasefire since December the year before.

Villegas was expected to introduce a more conciliatory rhetoric coming from the Defense Ministry, preparing both the military and the Colombian people for a bilateral ceasefire and an eventual peace deal that would have far-stretching consequences for the military force that’s been accused of thousands of human rights violations.

However, not even a week after the announcement, a FARC unit in the southwestern Cauca unit brutally violated the rebels’ unilateral ceasefire, killing 11 soldiers.

The attack spurred a series of steps that undid a number of concessions made to deescalate the conflict ahead of a possible bilateral ceasefire. The resumption of violence forced Santos to put Villegas’ appointment on hold.

Rather than transforming the public opinion and the military towards peace and reconciliation, the defense minister’s task suddenly had changed to leading a military counter offensive, something Villegas has no experience with.

On June 17, the former ambassador returned to Colombia to take up the job of leading the country’s military in the midst of a series of FARC attacks.

In September 2015 Villegas and the country’s military command said that a transitional justice agreement between the government and FARC rebel group was “the most important news in one hundred years.” Transitional justice had been seen by many as one of the most difficult areas in which to reach a consensus.

“Today after Havana we have a clear and robust system of justice that guarantees no impunity, to be applied to both the guerrillas and the government agents and other agents who participated in the conflict, which guarantees justice and legal certainty for the future,” Villegas said.