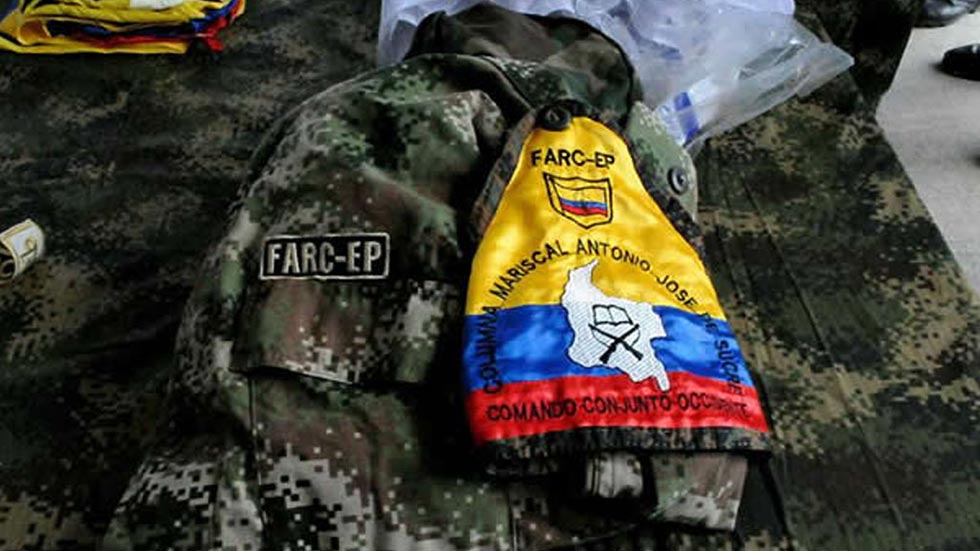 Colombia’s left-wing FARC guerrillas are extorting a “peace tax” according to a video made public by the country’s conservative opposition.

The video captures the face of a guerrilla who identifies him self as “Ivan” and is identified as a member of the Eastern Bloc of the FARC-EP demanding a payment from a businessman from the central Colombian province of Meta he called “Ruiz Ruiz.”

“El Loco Ivan” calls for the merchant to pay to the Marxist-inspired rebels “for the good of law 002,” which required citizens with incomes greater than $1 million dollars to pay a war tax to the FARC.

“We are talking in Havana, but that does not mean that the tax charged for peace has stopped, and the peace tax is the tax to sustain us,” says the guerrilla in the video.

“The peace tax is to sustain us, an amount of thousands of guerrillas who are in Colombia. We eat, we dress, we get sick, we need for drugs; we need many things to survive,” he added.

For the duration of their 52-year armed struggle against Colombia’s government, the rebels had traditionally funded their operations through extortion, kidnapping and involvement in the drug trade.

The rebel justifies the “tax” by comparing to the VAT that Colombian citizens pay the government “for one thing or another, daily and annually,” threatening that failure to pay will result in “very serious drawbacks as we know all the moves of your family.”

To the complaint, Senator Nohora Tovar said that in this region the extortion has dramatically increased in recent months.

“I have traveled the Meta and I have received complaints since the start of my term,” said the Democratic Center Congresswoman who noted that locals can be charged up to $ 20,000 ($4.50 USD) for a chicken.

According to the senator, the inhabitants are not only intimidated by extortion, but also the pilfering livestock on farms and commercial premises.

According to Senator Tovar “all this is because they have been strengthened economically by the peace talks with more men in the FARC.”

The circulation of the video and the apparent increase in extortion comes at a time when the FARC are locked in the final stages of talks with the government.

However authorities in the Meta province have declared that a full investigation will be conducted to clarify the authenticity and veracity of the content in the video.

According to the commander of the Brigade Number 7 of the National Army, General Oswaldo Peña, the investigation is in its infancy.

“The merchant brought the video as evidence the to the Meta anti-extortion unit, but everything is being researched; I say it could be ‘El Loco Ivan’ Eastern Bloc of the FARC, but is still under investigation,” said the official.