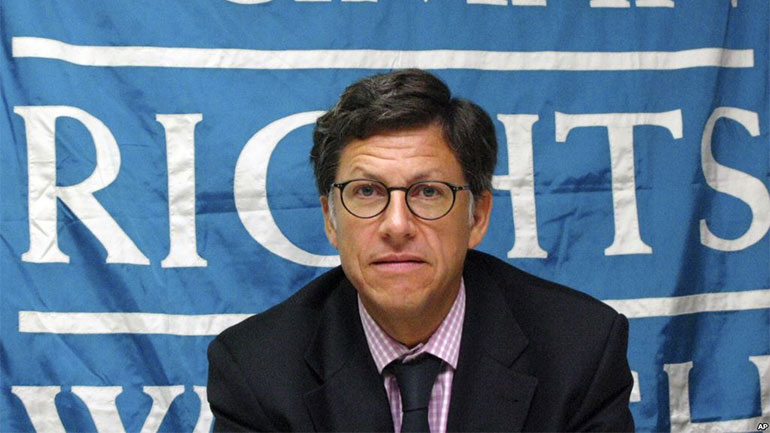 Human Rights Watch warned Monday that a deal between the Colombian government and FARC rebels to end the country’s decades-long civil war could grant impunity to military members who presented civilians as guerrillas killed in combat.

Colombia’s civilian prosecutors are currently investigating the “false positive” cases in which at least 3,000 civilians were murdered.

However, once peace with the FARC is made, a special peace tribunal will assume responsibility of the prosecution of more than 24,400 state agents and more than 17,000 FARC members.

According to Human Rights Watch, a set of “guidelines” related to members of the armed forces, however, threaten the possibility of justice.

“The web of loopholes and ambiguities in the agreement could guarantee that many of those responsible for false-positive killings, ranging from low-ranking soldiers to generals, will escape justice,” said Jose Miguel Vivanco, Americas director at Human Rights Watch on the NGO’s website.

Vivanco’s organization had already slammed a previously released the deal on transitional justice, claiming the FARC and the government were “agreeing to impunity” for tens of thousands of crimes that left more than 7 million victims.

So far, more than 800 soldiers have been convicted for presenting civilians as guerrillas killed in combat to inflate body counts and receive promotions and bonuses, according to the Associated Press.

In its analysis, Human Rights Watch said an element of the proposed peace deal would allow officials to waive prosecutions in these cases.

Newly-convicted military members could avoid incarceration, and those already in prison could be released.

The loopholes are in the government-released guidelines that would allow lower-ranked military war criminals to demand charges to be waived for not having a “major responsibility” in the killing of civilians.

At the same time, top-ranking generals could escape justice appealing to a clause that allows both FARC and military commanders to claim a lack of “knowledge based on the information at their disposal before, during and after the realization the respective conduct.”

This would go against international law, which dictates that military commanders can be held criminally liable for a human rights crime carried out by their subordinates if it can be shown that they had effective control of the subordinates, had knowledge or reason to know about the commission of the crime, and had the means to prevent the crime and/or ensure it was properly investigated, HRW stressed.

The deal between the FARC and the administration of President Juan Manuel Santos, defense minister when civilian killings were most prevalent, does not speak of  effective control of the subordinates,” but “effective control of of the respective conduct.,” or the crime.

This could relieve a general of individual crimes that, according to international law, do fall under a commander’s legal responsibility.

Victim rights groups have expressed their concerns over the justice deal, but have reiterated their support for the talks that seek to end more than half a century of armed conflict.

The International Criminal Court has the authority to take over criminal investigations if members countries like Colombia prove unwilling or unable to adequately prosecute those ultimately responsible for war crimes.

This court has so far not indicated to see legal issues with the partially undefined justice deal.