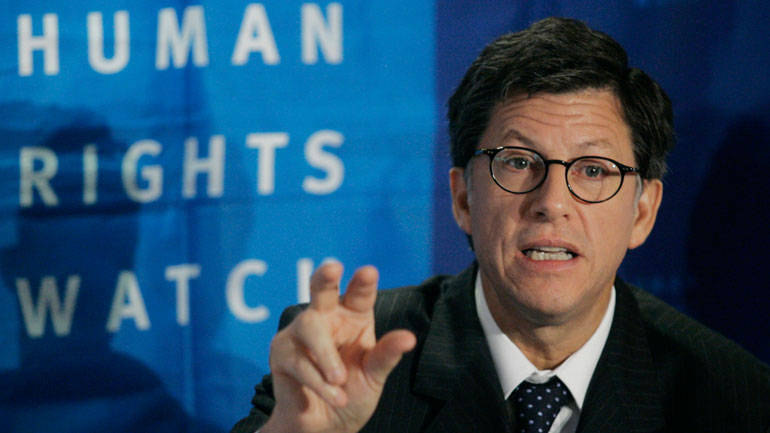 A recently closed transitional justice deal between the government and FARC rebels will not adequately punish perpetrators of war crimes committed during the country’s armed conflict, according to Human Right Watch.

The government and the FARC rebel group signed last week signed an agreement that would punish perpetrators of war crimes who cooperate with justice to five and eights years of “restricted of liberty.”

“We fully support Colombia’s efforts to obtain a peace agreement that would end years of bloodshed, including by finding innovative ways to promote accountability for human rights abuses,” said Jose Miguel Vivanco, Americas director at HRW.

“But while the special jurisdiction would encourage confessions, it would also allow those most responsible for mass atrocities to completely avoid prison, denying their victims the right to justice in any meaningful sense of the word,” Vivanco said.

The maximum sentence possible is 20 years, which will be given to the accused who are found guilty but refuse to admit their crime. Those who admit to serious crimes including genocide, war crimes, crimes against humanity, torture, forced displacement and sexual violence, will face between five and eight years of “restricted liberty” in certain conditions.

Five to eight years of imprisonment in normal conditions will be given to those who hesitate to admit responsibility. Impunity for any individual will be impossible, but the Colombian state will grant amnesty as generously as possible for political crimes and crimes related to the conflict.

“The September 23, 2015 agreement between the Colombian government and Revolutionary Armed Forces of Colombia (FARC-EP) guerrillas would deny justice to thousands of victims of grave violations of human rights and humanitarian law,” said HRW. The independent bodies’ biggest concern is that while the agreement “would create important incentives for violators to confess their crimes”, it will allow perpetrators of massive atrocities to avoid spending any time in prison.

Since the war began in 1964 FARC guerrillas have killed and abducted civilians, taken hostage and caused the disappearance of a host of Colombian citizens, recruited child soldiers, contributed to the number of 6,044,200 internally displaced Colombians, and tortured captured military members.

Between 2002 and 2008, Colombia’s military were responsible for the execution of over 3,500 innocent citizens in order to show positive results in the fight against the guerrilla, and encouraged by political superiors under the Alvaro Uribe administration with financial incentives.

“The Inter-American Court has held that “the punishments established for crimes involving acts that constitute serious human rights violations must be appropriate to their gravity,” and that they must “truly contribute to prevent impunity,” said the report.

“Since 2004, the Office of the Prosecutor of the International Criminal Court (ICC) has been conducting a preliminary examination of crimes in Colombia that could fall within the court’s jurisdiction,” according to HRW.

The human rights body claimed that in 2014 the ICC prosecutor reported that it had “informed the Colombian authorities that a sentence that is grossly or manifestly inadequate, in light of the gravity of the crimes and the form of participation of the accused, would vitiate the genuineness of a national proceeding, even if all previous stages of the proceeding had been deemed genuine.”

Last week, however, the ICC said she welcomed the accord.

According to president Juan Manuel Santos, a final peace deal will be signed within six months ending the 51-year-long armed conflict which left 260,000 Colombians dead and over 6 million displaced.