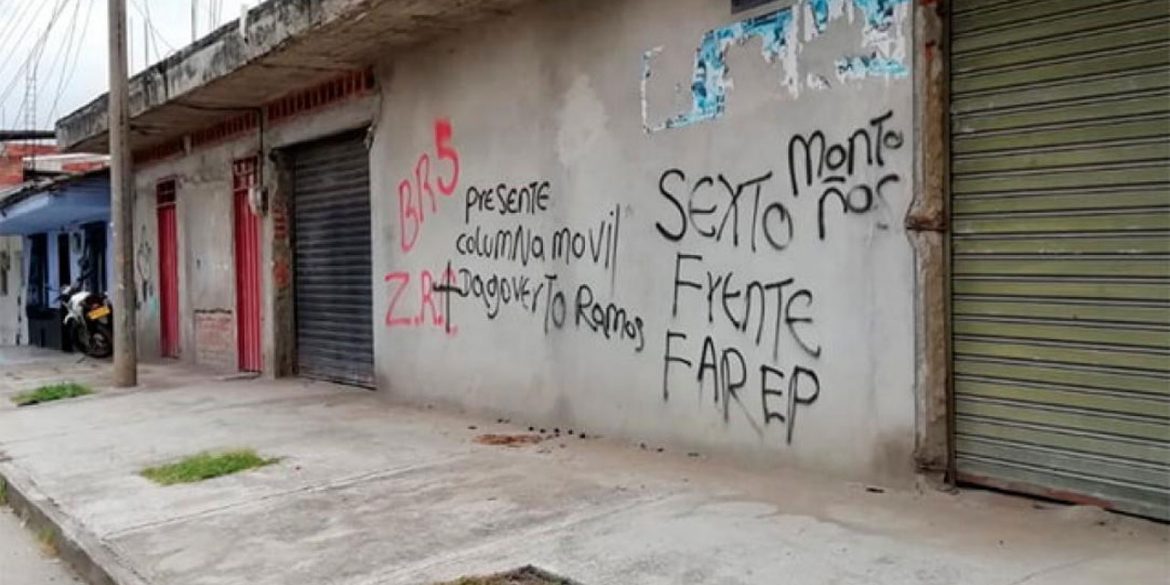 Five journalists who were investigating the drug trade in southwest Colombia have received a death threat from FARC dissidents, according to several press organizations.

The five journalists were investigating the cultivation of coca, the base ingredient of cocaine, in the southwestern Cauca province, and received a message on their phone in which they were declared “military objectives” by the “FARC-EP’s 6th Front Joint Western Command.”

The journalists received the death threat on the same day that local indigenous authorities received a death threat by the “New Generation Sinaloa Cartel” that claimed to be working with FARC dissidents and ELN rebels.

On Sunday, the journalist received a second threat, warning them that the rearmed former FARC members “weren’t playing.”

Press freedom foundation FLIP, Reporters Without Borders and the Colombian Journalist Federation called on the Prosecutor General’s Office to investigate the threats and bring those responsible to justice.

The journalists were investigating coca cultivation in the northern Cauca region that, unlike most regions in Colombia, has seen an increase in coca cultivation that has been accompanied by a wave of violence.

This weekend alone, three indigenous leaders and one farmers representative were assassinated.

State authorities have historically neglected the region and failed to take control over the region after the FARC abandoned its criminal activity in 2016 and surrendered its weapons a year later.