Colombia guerrilla group FARC made at least $22.4 million with drug trafficking since 1995, according to the country’s chief prosecutor.

The Prosecutor General’s Office has been putting together massive criminal files against the Marxist guerrilla group that is currently negotiating an end to more than half a century of war between the state and the rebels.

As part of the negotiations, the FARC and the government have agreed to a transitional justice system during which both parties are tried for crimes and war crimes committed during the conflict.

The FARC’s drug trafficking business has long been the group’s primary source of income, aside other illegal activities like kidnapping, extortion and illegal mining.

Interim Prosecutor General Jorge Perdomo presented alleged evidence from between 2004 and 2014 related to the groups drug trafficking activity between 1995 and 2014.

The evidence used by the prosecutors was obtained in five military operations during which computers were found that allegedly contained parts of the FARC’s financial administration.

According to the Prosecutor General’s Office, it has registered FARC drug trafficking activity since 1982, implicating 24 of the group’s approximately 60 fronts.

The presented evidence is well lower then earlier estimates.

Last year, international crime expert Jeremy McDermott of InSight Crime, who has investigated the FARC’s criminal activity, told Colombia Reports “we are working on initial estimates of at least $150 million a year in FARC earnings, but you have to understand not all that money is ‘declared’ to FARC commanders. The reality is likely to be much higher.”

Who’s got the money? 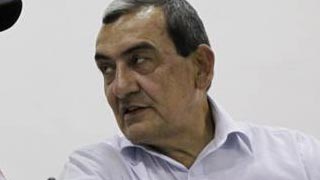 According to the evidence of the chief prosecutor, the FARC’s Eastern Block, commanded by “El Medico,” has more than half of the guerrilla group’s financial assets, $12.7 million.

Most of this money was earned with the trafficking of drugs and to a much lesser extent through the taxing on drug traffickers or coca growers.

The other drug trafficking blocks, implicating numerous top commanders like “Timochenko,” “Ivan Marquez” and “Pablo Catatumbo,” made most their money taxing drug traffickers and coca growers, according to the Prosecutor General’s Office.

The evidence presented by Perdomo is likely to be expanded if the Peace Tribunal, an international and transitional court that will try war crime cases against the FARC and the state, takes force.

This tribunal will also have to assure that the guerrillas take responsibility for the reparation of victims made in the conflict.

Talks to end the conflict have been held in Havana since late 2012 and are expected to end with a peace accord later this year.

Other talks are held with the smaller ELN rebel group, one of the original actors of the 52-year-long armed conflict that cost the lives of more than 265,000 Colombians and displaced more than 7 million.