The days of Colombia’s loathed anti-riot police unit ESMAD may be numbered after its brutal attempts to repress anti-government protests triggered multiple investigations and increased calls for its dismantlement.

In Colombia, the ESMAD has long been known for its arbitrary and brutal repression of legitimate protest, but it may have signed its own death warrant in doing so in front of the international press.

The near killing of the 18-year-old Dylan Cruz on Saturday and the violent repression of peaceful protests on Friday are nothing out of the extraordinary for the unit; it’s been killing and maiming people in impunity for years.

But the most recent brutality did not happen in the countryside, but in the capital before the eyes of foreign media that failed to understand how the police unit’s behavior is remotely legal. 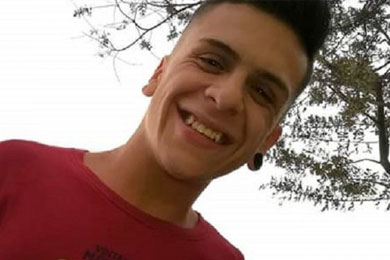 The shooting of Cruz — who is currently in an induced coma if he is still alive — triggered even President Ivan Duque and the Defense Ministry to express their rejection and remorse.

Meanwhile, the prosecution announced a criminal investigation and the Inspector General’s Office a disciplinary investigation into the unit’s latest blatant violations of Colombians’ constitutional rights.

Most importantly, the students who are organizing the protests have put the dismantling of the controversial unit on the top of their list of demands to call off their mass mobilization.

Why the ESMAD even exists

The National Police created the ESMAD as a temporary unit in February 1999 to deal with unrest during peace talks between former President Andres Pastrana (Conservative Party) and the FARC.

The police never dismantled the unit and the ESMAD was given permanent status by controversial former President Alvaro Uribe in 2007.

Since its formation, there hasn’t been a year that the ESMAD wasn’t accused of systematically violating human rights, and using excessive and even absurd force like when it allegedly impaled a farmer during a peasant strike in 2013.

In fact, it would be a challenge to find an ESMAD operation in which it was not accused of breaking the law.

The end of the ESMAD’s terror?

The ESMAD may not just have shot an unarmed civilian on Saturday, it may have shot itself in the foot.

Duque is facing Colombia’s biggest protests in 40 years, suffering an abysmal approval rating and probably a chronic lack of sleep because of the thousands of students shouting “murderer” in front of his home after the fateful incident.

Not even counting last night’s sleep deprivation, Duque couldn’t possibly be weaker. His mismanagement of the protests has destroyed the little political capital he had left and marginalized his far-right allies.

The president has only been in office 15 months, is already considered the worst president in history and still has 33 months to go.

Meanwhile, the students are stronger than ever. The national strike they organized counted on the support of 70% of the population before it began and they, not the president, decide when to call it off.

The student’s list is short; keep promises made in 2018 about investment in higher education, guarantee the right to protest and dismantle the ESMAD.

The riot police unit’s brutal repression on Friday and the attempted homicide on Saturday make the ESMAD’s dismantling almost a necessary guarantee for the student’s demand  for respect for the right to protest.

Twenty years after the National Police created the ESMAD, it may have to look for a variant that is not an instrument for tyranny.