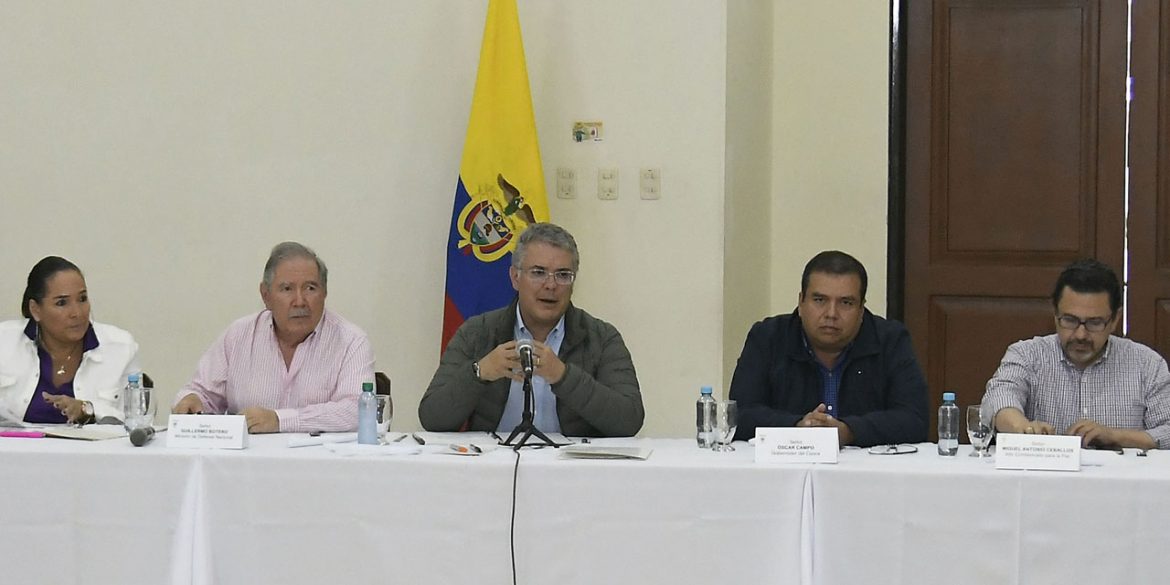 President Ivan Duque traveled to southwest Colombia on Monday for his second security council in a week over the ongoing mass killing of native Colombians, who were not invited.

Duque went to the Cauca province on Wednesday last week to announce he would send 2,500 troops in response to a massacre in which FARC dissidents killed an indigenous governor and four unarmed guards.

Since then, at least seven more people were killed in the predominantly indigenous northern Cauca region.

On Sunday alone, armed men carried out several attacks on the indigenous reserve where governor Cristina Bautista was killed.

Sunday’s attacks triggered another wave of indignation and calls on Duque to talk to indigenous authorities the president so far has refused to meet.

Unlike last week, Duque did not publicly announce Monday’s visit to Cauca capital Popayan. Again, no indigenous authorities affected by the violence were invited to the latest emergency meeting.

Meanwhile, calls for the resignation of Defense Minister Guillermo Botero, who is already facing a motion of no confidence, are growing.

Center-right Senator Roy Barreras, the president of the congressional Peace Commission, cited playwright Bernard Shaw on Monday, telling Duque on Twitter that “politicians and diapers should be changed frequently… for the same reasons.”

Indigenous authorities meanwhile said they would join students and labor unions in a national strike on November 21 as opposition to the president and his cabinet is growing.

The native Colombians have insisted the government should implement a peace agreement signed by former President Juan Manuel Santos and FARC guerrillas in 2016, but which is opposed by Duque’s far-right party.