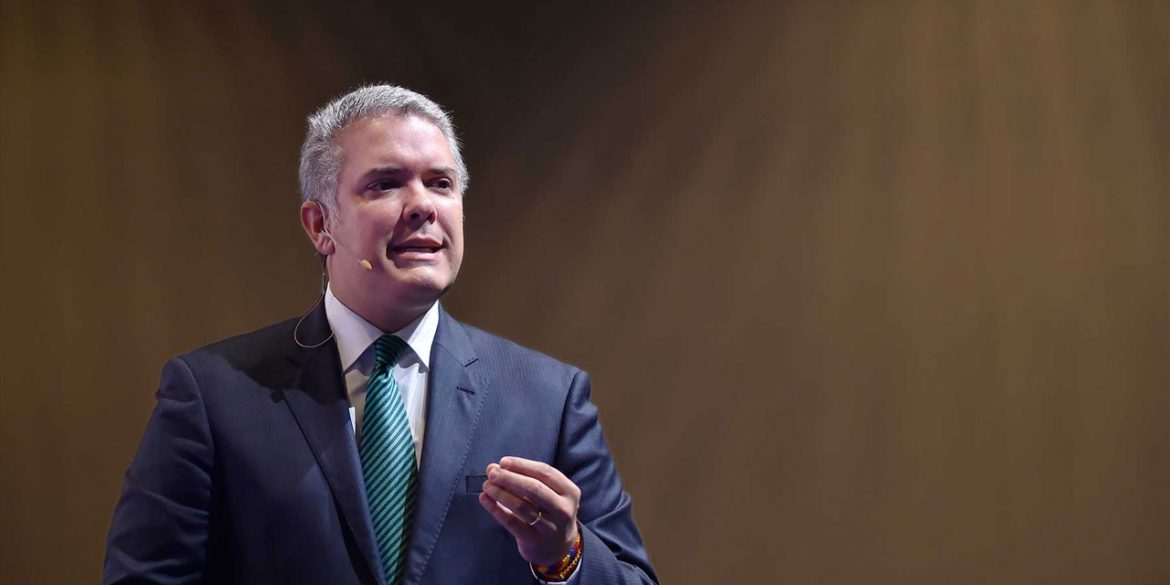 Colombia’s President Ivan Duque said Tuesday he is doing “everything” he can to curb drug trafficking, contrary to claims he has abandoned the strategy widely considered the most effective.

At a press event in London, Duque defended his administration’s increased forced eradication operations and stressed the need to resume the controversial aerial fumigation of coca, which was banned in 2015 and would need approval by Colombia’s Constitutional Court.

We believe that these type of tools are needed and as we have proposed, this is not a debate about an herbicide, this is a debate about having all the capabilities to forcefully confront drug trafficking, which is the fuel of the illegal armed groups in our country.

In his meeting with the press, Duque told the press that the resumption of aerial fumigation would be part of a comprehensive strategy “combining alternative development programs, voluntary substitution programs we have also been complying with, [and] manual eradication programs.”

But according to coca farmers, Duque has failed to effectively continue the voluntary crop substitution program agreed with 100,000 farmers and the United Nations Office on Drugs and Crime (UNODC) that is widely considered the only strategy that works.

What we come to understand is that this government lacks the will to execute the program. We peasants have already stated that we want to replace coca. If you look 10 years ago, the will today to give up those crops wasn’t there.

As part of the so-called PNIS program that is part of Colombia’s peace process, the government agreed to invest in road infrastructure to allow farmers access to Colombia’s legal economy. Additionally, the government would provide legal crop seeds to farmers who eradicated their illicit crops after verification by the United Nations Office of Drugs and Crime.

But Duque has all but abandoned this program. According to former coca farmers, the government never delivered seeds or developed the basic road infrastructure that would allow them to deliver their produce to food markets.

To make matters worse, drug traffickers have killed more than 50 community leaders who promoted the PNIS program as the peace process made it painfully clear that the state is unable or unwilling to provide basic security in the countryside.

According to farmers from the north of Colombia they had no other option but to return to growing coca.

Instead of executing the PNIS program, Duque has stepped up forced eradication, disregarding whether coca growers had registered to voluntary substitution or not.

According to the UN drug agency, in 80% of the plots where coca was either eradicated or fumigated, farmers simply replanted the illicit crop once the airplanes or eradicators left.

This was confirmed by the US government watchdog that “coca fields can be aerially ‘eradicated’ multiple times in a year and still yield crops… the same 1-hectare field could be sprayed three times, counted as three hectares ‘eradicated,’ yet still produce a coca crop.”

As predicted, Duque’s increased forced eradication efforts failed to produce results and, according to his own administration, coca cultivation reach a new record high in 2018.

Duque versus the court

While both farmers and experts agree that the government should resume the PNIS program and allow the growing of legal crops, Duque insisted that on top of forced eradication, aerial fumigation is necessary.

The president’s only problem is that the aerial fumigation of coca with glyphosate was banned in 2015 and can only be resumed under strict conditions imposed by the Constitutional Court in 2017.

Duque told the press that his government has been working to comply with the court’s conditions.

According to the president, “we did a very clear and rigorous presentation at the court” and is working “so that all protocols will be fully complied with.”

What Duque didn’t tell the reporters was that all experts who were also asked the testify before the court contradicted the government and the court gave no permission to resume aerial fumigation.

Nevertheless, “what we want is to begin that process now, so that we can fully comply with all the requirements requested by the honorable Constitutional Court.”

But whether the court will allow Duque to do as he pleases remains to be seen.