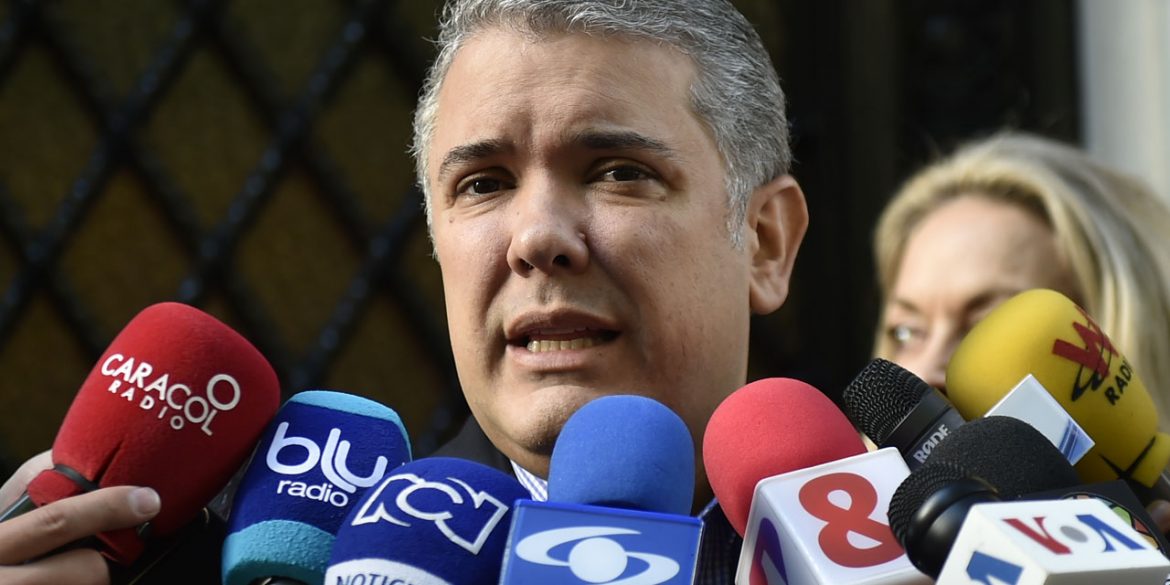 President Ivan Duque said Thursday he refuses to recognize Venezuela as a guarantor country for peace talks with the ELN, possibly making a resumption of talks more unlikely.

According to Duque, who accused the neighboring country of being a dictatorship earlier this week, Venezuela is also a “protector of illegal armed groups.”

The guarantor countries, that also include Norway, Brazil, Cuba and Chile, function as a commission of referees in the talks between the warring parties that began in February last year under former President Juan Manuel Santos.

Duque and his hard-right Democratic Center party have rejected the talks with the ELN and a peace process with the now-demobilized FARC for years.

The president has refused to continue the talks since taking office last month, initially demanding that the ELN release hostages they claim not to be holding, and an end to the illegal activity with which the rebels finance their half-a-century war with the state and the elites that have traditionally controlled the state.

On Thursday, Duque accused Venezuela of being a country “which has supported the ELN in its territory, which has protected it and has allowed criminal acts against the Colombian people to take place there.”

The president presented no evidence that would back up his claims. The ELN has moved in and out of Venezuela since the 1990s, taking advantage of the countries’ porous border and their failure to provide security in the border region.

The ELN fiercely rejected Duque’s latest statement, claiming that the president was “ripping peace to shreds.”

“We remind the Duque administration that, in a serious negotiation, no party can unilaterally disregard deals made through negotiations, and are in written agreements, signed by both parties with the guarantor countries as witnesses,” the guerrilla negotiators said in a statement.

The guarantor countries did not immediately respond to Duque’s latest demand that further sinks the peace talks with the ELN and an ongoing peace process with demobilized FARC guerrillas into crisis.

Duque and his hard-right party, the Democratic Center, have opposed and even tried to sabotage efforts to make peace for years.

The president’s political patron, former President Alvaro Uribe, is awaiting trial over his alleged involvement in the formation of far-right death squads.

Multiple of Duque’s sponsors and political allies have been sentenced to return land they stole from victims displaced by death squads like the one allegedly formed by Duque’s political patron.