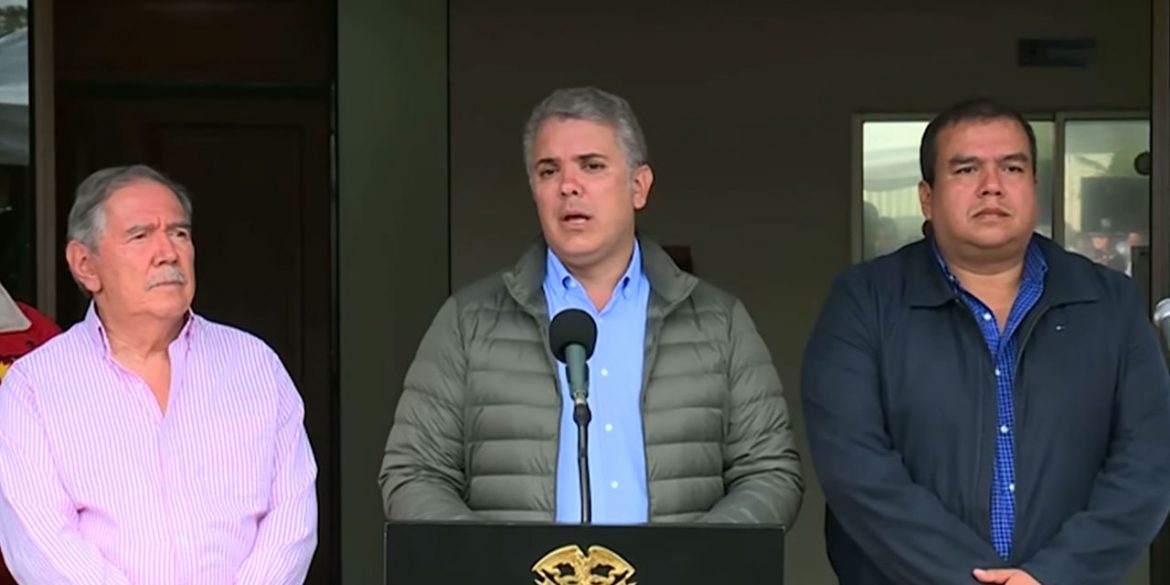 President Ivan Duque announced development programs for southwest Colombia on Monday after widespread rejection of his initially militaristic response to a wave of deadly violence.

Duque traveled to the troubled Cauca province for the second time in a week after armed men on Sunday killed one and injured two in multiple attacks on an indigenous reserve.

A massacre in the same reserve last week triggered the president to announce he would send 2,500 troops to the north of the province, which was widely rejected by regional and indigenous authorities and criticized by the UN.

The president committed to implementing snippets of the 2016 peace deal with former guerrilla group FARC and summed up a number of existing social programs to combat poverty.

The government’s reluctance to implement the peace deal is widely blamed for the recent violence in the north of Cauca, which used to be FARC territory.

One day before Congress debates its second motion of no confidence against Defense Minister Guillermo Botero, Duque clearly tried to appease his critics.

The president, however, continued to ignore the indigenous authorities that have been the main victim of recent violence, but are loathed by his far-right Democratic Center party.

While Duque was meeting with the military and regional authorities in Popayan, the archbishops of the capital of Cauca and Cali traveled to the Tacueyo reserve to express their support for indigenous authorities.

The president, whose party received a beating in local elections last week, has become increasingly isolated and is facing growing social and political resistance.

Following the president’s announcement to send the military to Cauca, the national organization of native Colombians announced their members would be joining a national strike organized by labor unions and supported by students on November 21.