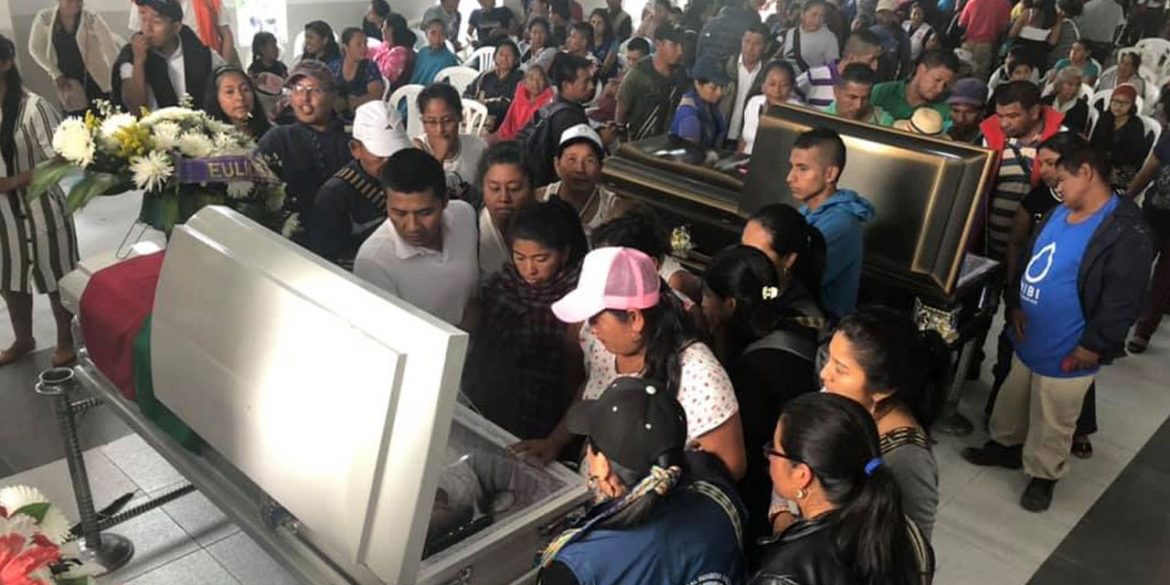 Colombia’s government has come under fire from all sides over the mass killing of indigenous leaders.

The United Nations, Congress, regional authorities and indigenous authorities have criticized the administration of President Ivan Duque in unison over what the native Colombians have called a genocide.

The massacre of an indigenous governor and four guards by dissident FARC guerrillas on Tuesday and Duque’s announcement to militarize the northern Cauca region have been widely rejected.

According to Cauca governor Oscar Rodrigo Ocampo, the government is “only fighting the effects and not the cause” of the violence he said “is unprecedented.”

The United Nations’ Office for Human Rights reminded the government that “any preventive and protection measures taken which affect indigenous peoples should be agreed with their own authorities, in full accordance with their traditions and customary practices, autonomy and jurisdiction.”

We call on the authorities to establish a prompt, thorough, independent and impartial investigation into the 29 October killings in Northern Cauca, including into possible failures on the part of the authorities that may have allowed the massacre to happen. We also urge the authorities to break the cycle of impunity relating to threats, harassment and killings targeting indigenous peoples. We urge the Government to respond to this dramatic situation in a comprehensive and consultative manner, and not simply through increased military presence.

Also the governor of Cauca urged the government not to just send in the military, but to invest in the region to diminish abject poverty and the consequent dependence on illegal activities like drug trafficking that has been fueling violence for decades.

As long as illegal economies exist, the barbarism and deaths in the province will not end.

Duque has consistently refused to talk to indigenous authorities and has been reluctant to implement a peace deal made with demobilized FARC that sought to tackle the root causes of violence, particularly in former guerrilla territory like northern Cauca.

Indigenous leaders were quick to hold the government’s responsible for the latest massacre and said the increased violence they have been subjected to is a direct consequence of the government’s non-compliance with the peace deal.

The non-compliance with the agreements is leading to an increase in the cultivation of marijuana and coca throughout the national territory, especially in the northern part of the Cauca province. Faced with this situation, indigenous authorities and guards in their exercise of control of their territories and autonomy framed in the Laws of Origin, the National Constitution and international treaties and conventions have been persecuted, threatened, assassinated and massacred.

Duque’s far-right political party fiercely opposes the peace process and ethnic minority rights. The president appears to be paying the political bill for this.

Duque’s approval rating has only once peaked above 30% once and Congress has filed its second motion of no confidence against his hawkish Defense Minister Guillermo Botero.

Meanwhile, broadly felt anti-government sentiment is fueling protests. Indigenous organizations, the peace movement and students announced to take to the streets in November.