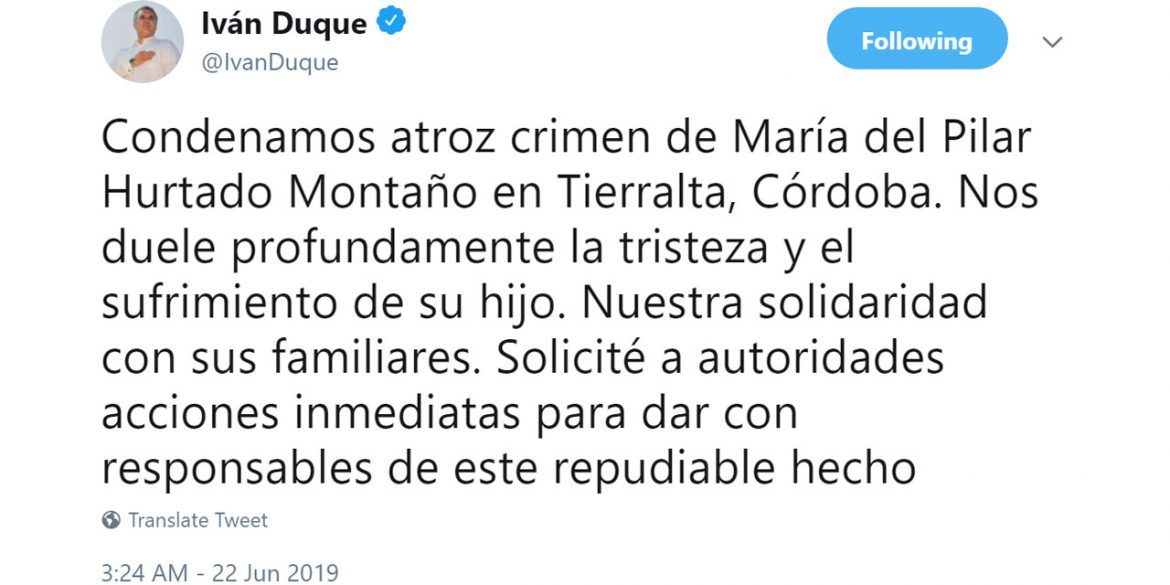 Colombia’s embattled President Ivan Duque on Saturday ordered an investigation into the murder of a community leader in northern Colombia six hours after one had already been announced.

The Prosecutor General’s Office had announced it was forming a special investigation unit on Friday already after a video of the child of the killed community leader from Tierralta, Cordoba triggered an unprecedented wave of public indignation, grief and anger.

Duque’s order came six hours after the prosecution announcement and received more than 2,000 angry replies from citizens who decried the president’s apparent indifference and ignorance of what is happening in his country.

Some reminded Duque of his political allies’ ties with paramilitary groups like the one that threatened to kill community leader Maria Del Pilar Hurtado weeks before she was assassinated.

We all know very well about the criminal alliances of your political “band” that have devastated Tierralta for three decades. Your hypocrisy and cynicism has made you the most unpopular president in history. We citizens demand actions, not words.

When a president’s discourse is limited to condemning atrocious crimes, demonstrating solidarity and asking for immediate action, it is because the presidency itself has not been able to prevent atrocities or, even worse, has been a silent accomplice. Do something!

Tierralta Mayor Fabio Ortero is a political ally of Duque and his far-right Democratic Center party.

Del Pilar Hurtado’s organization told local media that the murder of the community leader is the third in three weeks in apparent relation to a land dispute with the mayor’s father.

This suspicion is confirmed by the death threat signed by paramilitary group AGC and sent to the community early this month. 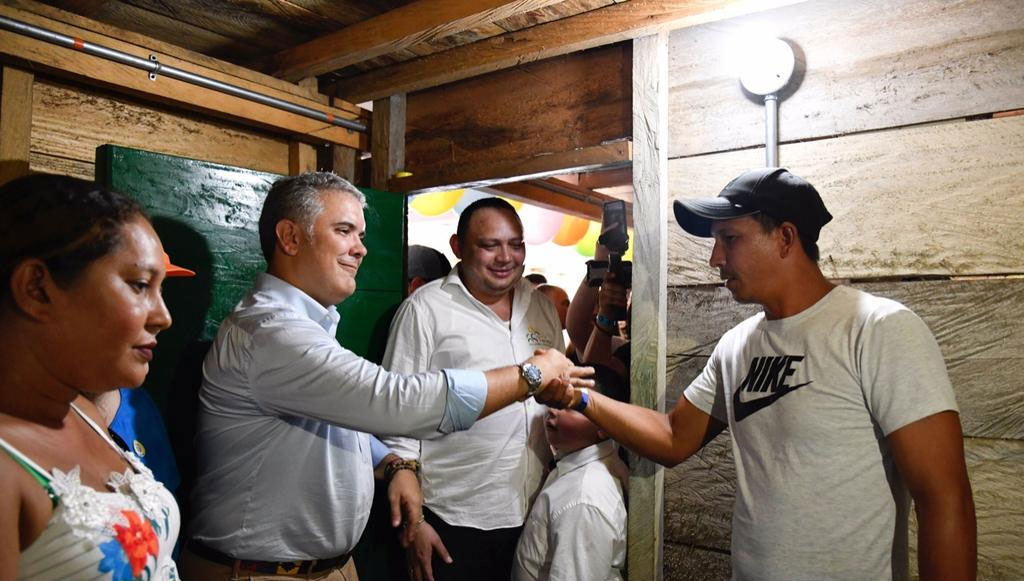 The murder of Hurtado is one of hundreds that have taken place during a peace process that began in 2016 after now-demobilized FARC rebels and the government of former President Juan Manuel Santos agreed to end an armed conflict of more than five decades.

Duque and his party have fiercely opposed this peace process that has so far spurred criminal charges into more than 2,300 businessmen and 3,300 (former) state officials over their ties to death squads like the one that killed the community leader from Tierralta.

Apart from investigating crimes committed by the FARC, the country’s war crimes tribunal has also been investigating the mass killing of civilians by the military that long worked together with demobilized paramilitary organization AUC.

Victims and members of the military who are cooperating with the Special Jurisdiction for Peace (JEP) have denounced death threats and assassination attempts.

Duque’s political patron, former President Alvaro Uribe, is the most prominent of these alleged war criminals. The leader of Duque’s party is currently investigated on charges he tried to tamper witnesses who have testified he formed a death squad of his own when Uribe was governor in the 1990s.