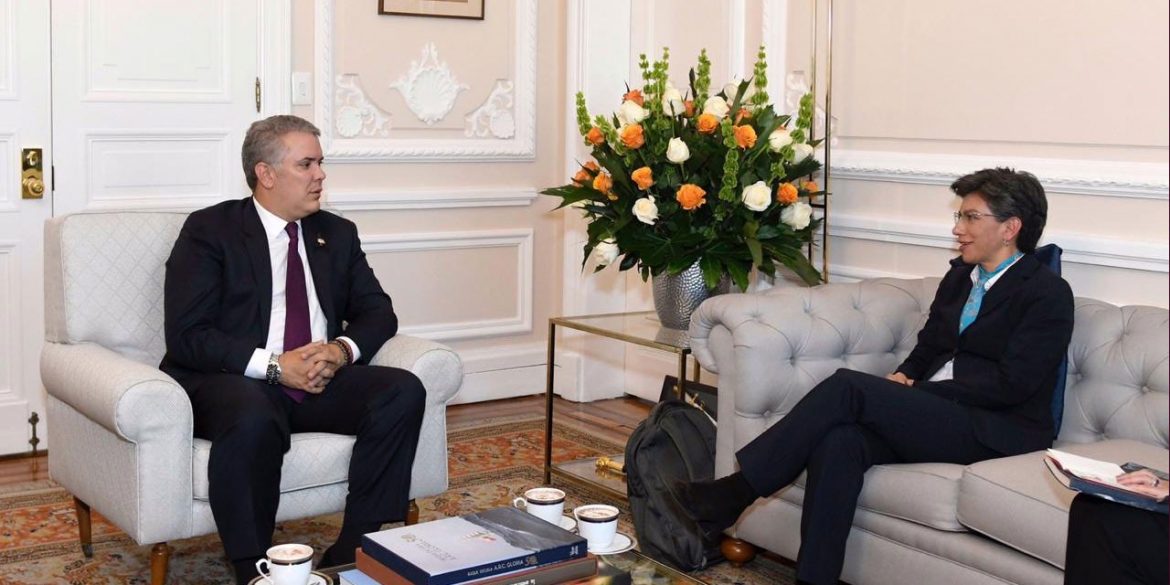 Colombia’s President Ivan Duque met  the mayors elect of Bogota and Medellin on Tuesday for the first time after his far-right party’s devastating defeat in local elections.

Both were elected on Sunday on anti-corruption tickets and have been fierce critics of Duque and his Democratic Center party.

In a press conference, Lopez said that the priority issues they discussed were security and justice, and stressed the necessity of cooperation between the national government and that of the capital.

I said to the president we have many issues we are both interested in, but if we do not succeed together in reducing theft, in reducing impunity and that Bogota will once again breathe tranquility… the citizens will not listen to us about anything else.

Duque said on Twitter that he promised his support for the policy plans of the incoming mayors.

The president and the mayors-elect actively promoted a conciliatory tone after three months of heated and sometimes dirty campaigns between Duque’s political allies, Lopez and Quintero.

The election of the progressive candidates in the country’s two largest cities has dramatically changed the political power balance in the country.

While Duque and the outgoing mayors of Bogota and Medellin have been reluctant to implement a peace deal with the demobilized FARC guerrilla group, both Lopez and Quintero have been vocal supporters of the peace process.

How this will pan out remains to be seen. The president has expressed interest in consensus politics since taking office in August last year, but his party wants Duque to implement hard-line policies set out by his political patron and party leader, former President Alvaro Uribe.