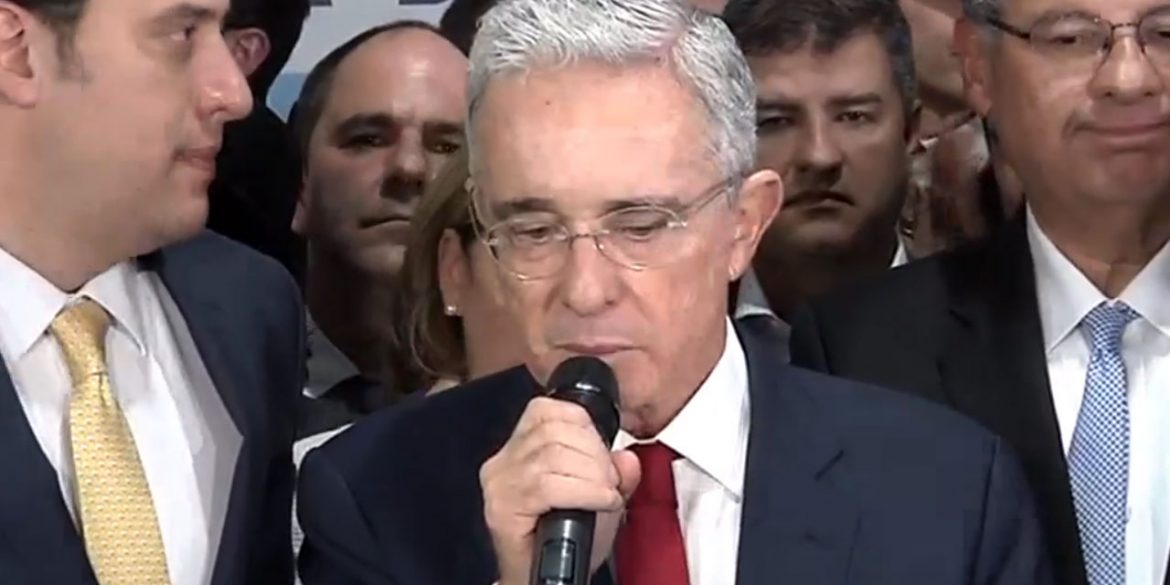 In a tweet, the leader of the far-right Democratic Center (CD) party and the political patron of President Ivan Duque said that “we lost. I acknowledge the defeat with humility. The struggle for democracy has no end.”

It became clear that Uribe and his party were facing an uphill battle well before Sunday’s elections, but the results were an unexpected devastation of his party’s regional power structure.

Even in his home province Antioquia, the stomping ground of the “Uribistas,” the former president saw his party’s control evaporate on a municipal level and his candidate for governor lose to the controversial Gaviria dynasty.

In Antioquia capital Medellin, an outspoken critic of Uribe won the elections, a scenario that wasn’t thinkable until Sunday.

The CD was only able to maintain absolute control over the Casanare governor’s office and gained control in the jungle Vaupes province.

In Amazonas, Bolivar, Guaviare and Vichada, the CD was able to cling to power by joining coalitions led by center-right parties.

In the remaining 27 provinces, political control went to regional coalitions of parties loyal to the center right voting bloc or, in the case of Magdalena, the leftist opposition.

Today the vultures, tomorrow the scavengers

Electoral difficulties were foreseen because of Duque’s widely disapproved government, Uribe mounting legal issues and the political competition with cynical regional elites not affiliated with Uribe or his far-right ideology.

Sunday’s defeat could mean the beginning of the end of the party of the former president who has already hinted he would retire from politics when his term in the senate ends in 2022.

The thing is that Uribe is the CD, his silhouette forms the party’s logo and candidates have been selected on basis of loyalty, not talent. Consequently, no current member of the far-right party seems to have the potential charisma to replace their supreme leader.

The vultures in Colombia’s cutthroat political system have taken their first bites of the party’s regional power structure, the CD’s congressional seats are left for the scavengers in 2022.