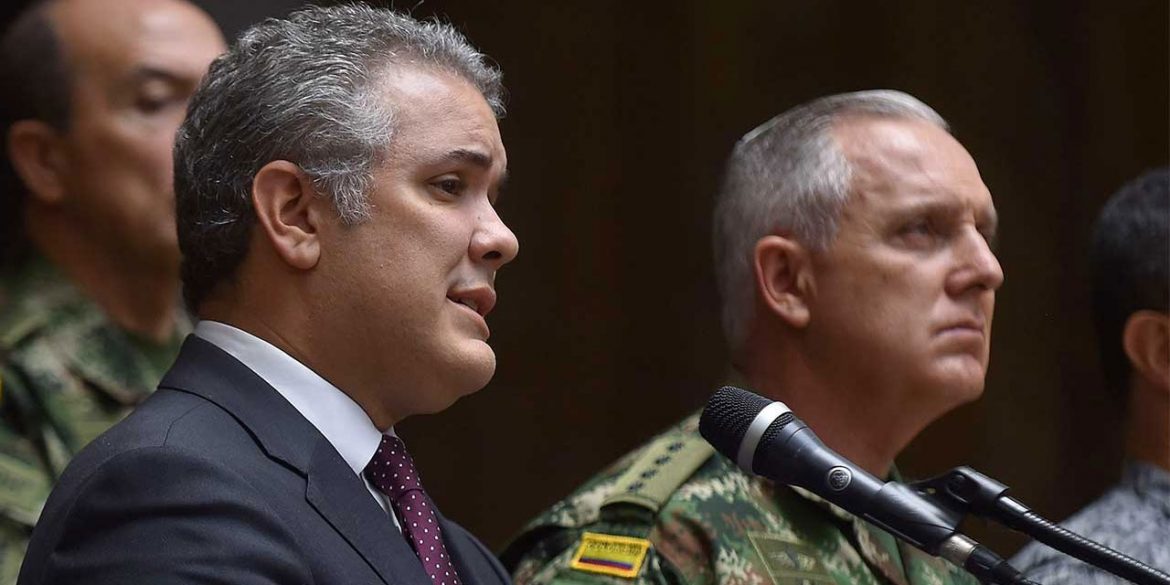 Colombia’s President Ivan Duque has said he will send his report with fabricated evidence of ties between Venezuela’s government and guerrillas to other countries.

Duque was humiliated last week after he presented the report at the United Nations’ General Assembly and the military was forced to admit at least four pieces of evidence were fabricated.

Who cares about evidence?

Disregarding the fact that images from Colombia were used to “prove” activity of ELN guerrillas and FARC dissidents in Venezuela, Duque in Miami on Saturday said he would continue promoting it as evidence.

“I have asked Foreign Minister Holmes Trujillo to also share this information with other friendly countries,” Duque told members of the Colombian community in the American city.

The president said he had also asked Trujillo to  share the report with the OAS, weeks after the minister was forced to retract unsubstantiated claims about guerrilla activity in Venezuela during a meeting of that body.

While Duque is said to be still  endorsing the report, all references to it were removed from the president’s website.

Colombia’s president wasn’t the only one making bogus terrorism support claims, Venezuela’s vice-president did the same on Friday.

When it was the turn of VP Delcy Rodriguez to address the General Assembly, she said she had evidence of training camps in Colombia where mercenaries would be trained to commit acts of violence in Venezuela.

Two of the three coordinates  she gave, however, were of locations on the bottom of the Caribbean Sea. The third coordinate was the location of a home where international NGO Save the Children is helping children who fled Venezuela’s humanitarian crisis.

While Duque and Rodriguez were having a go at each other at the UN, their countries are submerged in domestic crises.

Thousands of Venezuelans continue to flee their country every day while political violence in Colombia is on the rise for the first time in years.