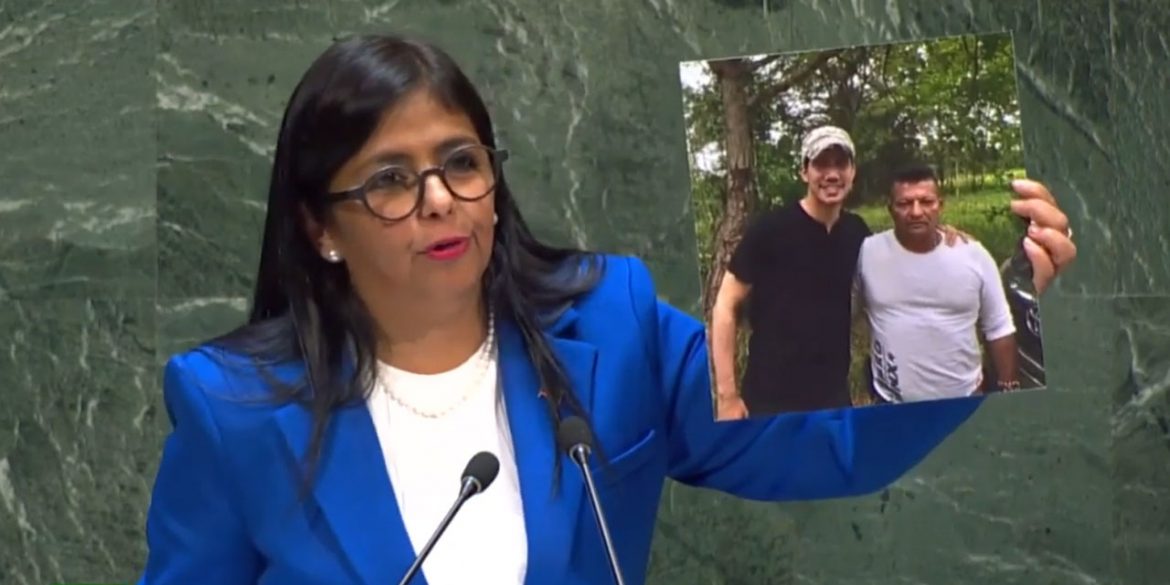 Two alleged paramilitary training camps in Colombia are underwater, according to the coordinates presented by Venezuela’s vice-president at the United Nations.

The third alleged training camp for mercenaries allegedly planning to attack Venezuela is located in the front yard of a home in the northern city of Maicao, according to the coordinates revealed by Venezuelan Vice-President Delcy Rodriguez.

The Venezuelan VP presented the evidence to sustain her government’s claim that Colombia is harboring terrorists and in violation of resolution 1373.

This resolution was adopted weeks after the 2001 terrorist attacks on New York and bans member states from providing any kind of support to certified terrorist organizations.

According to French news agency AFP, the defense ministry admitted using photo material that was shot in the Colombian provinces Choco, Guaviare and Norte de Santander.

Newspaper El Colombiano reported that a fourth photo of ELN guerrillas dancing with children was shot in the southwestern Cauca provinces.

According to the ELN, this last photo was shot in Nariño.

Duque claimed that the photos were “proof” of guerrilla activity in Venezuela.

Ahead of the UN General Assembly that was held last week, both countries said they would present evidence their neighbors were harboring terrorists amid ongoing military tensions.

The tensions followed revelations that Venezuelan opposition leader Juan Guaido traveled to Colombia in February in an operation that was coordinated with the Colombian government and drug trafficking organization “Los Rastrojos.”

Following the scandal, Maduro ordered military exercises near the border with Colombia that were supposed to end on Saturday, but were extended and expanded after Duque’s speech at the UN.