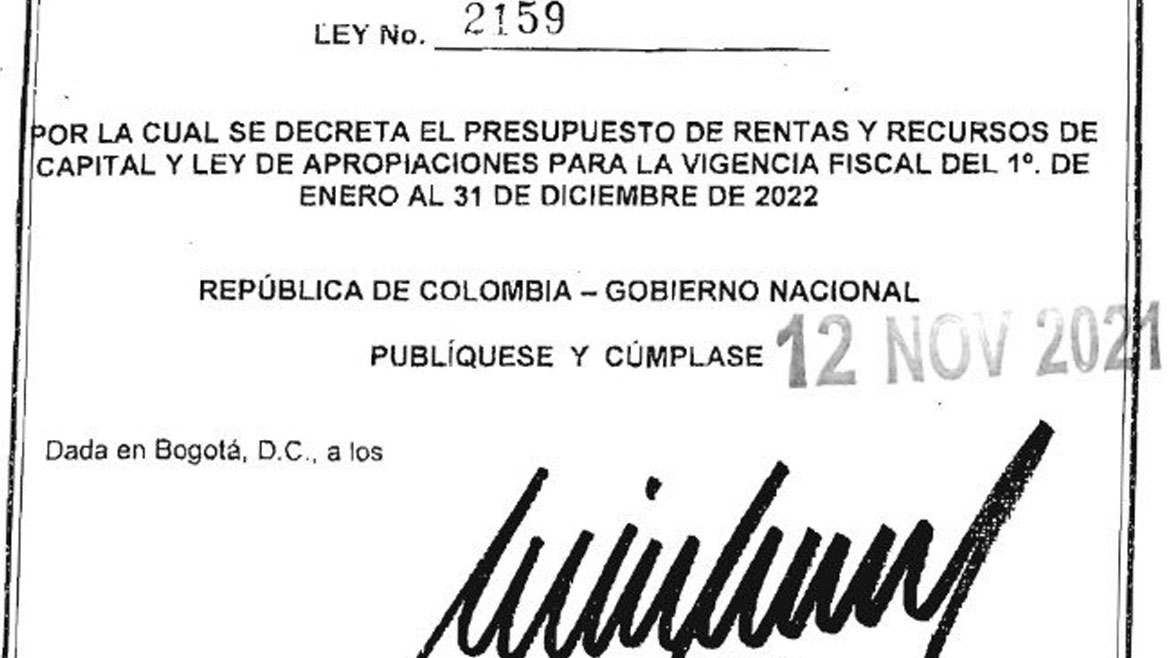 Colombia’s President Ivan Duque ignored a court order that barred him from suspending key anti-fraud legislation during the 2022 elections.

In a Tweet, Duque said Friday that he had approved the 2022 budget, which included a rider to suspend parts of the Guarantees Law that is in place to prevent election fraud.

The president ignored a court order not to ratify the unconstitutional amendment of Colombia’s electoral law that was issued by a Bogota court earlier this week.

According to Duque, a judge “can’t tell a president what to object and what not.”

The ruling didn’t order Duque to object anything, but to suspend the ratification for 30 days to allow the Constitutional Court to review the allegedly illegal law.

Unpopular president apparently in a rush

The president apparently is in a rush to suspend electoral guarantees as only massive vote-buying with money from slush funds may prevent an electoral battering of the allies of the unpopular president in Congress next year.

The Guarantees Law was put in place in 2005 to ban the granting of public contracts to private companies who historically have used these funds to illegally fund election campaigns in the months before and after the elections.

Colombia will take to the polls for congressional elections in March next year and again two months later to elect Duque’s successor.

The allegedly criminal approval of the rider spurred criminal charges against 71 members of the president’s coalition in Congress who had approved the budget in violation of the constitution.

Duque’s ratification of the bill could trigger the Supreme Court to open criminal investigations into Interior Minister Daniel Palacios and Finance Minister Jose Manuel Restrepo, who also signed off on the bill.

The Guarantees Law is a statutory law, which means that it can’t be modified though a budget law. This would be unconstitutional.

Neither Congress nor the government is allowed to modify electoral law through a budgetary vote, according to Colombia’s 1991 constitution.

One of the president’s party members in Congress, House Representative and alleged fraudster Edward Rodriguez announced legal action against the judge who ordered the government to to suspend breaking the law.

Opposition politicians warned governors and mayors that they too could expect criminal investigations if they ignored the Guarantees Law as allowed by Congress and the president.