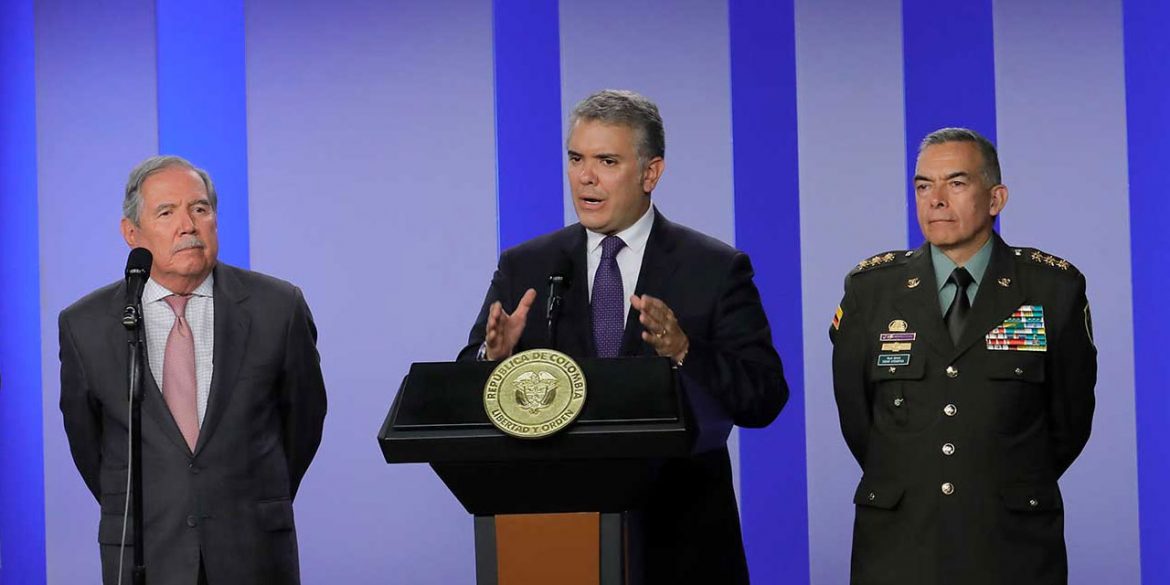 Colombia’s President Ivan Duque on Tuesday said that the swearing in of former rebel leader “Jesus Santrich” as congressman was “unacceptable” and “indignant to the country.”

Santrich was supposed to have been sworn in in July last year already, but was impeded because he was in jail over a so-far unsubstantiated drug trafficking charge.

Duque, whose far-right Democratic Center party fiercely opposes Colombia’s peace process, insisted that the FARC’s former ideologue was a “mafioso” and that “this country will not be intimidated or bow down to any criminal organization.”

Contrary to the opinions of the Supreme Court and the war crimes tribunal, Duque claimed Santrich’s guilt has been proven “with evidence that the country has already seen in all possible forms.”

To see an extraditable, a mafioso — with evidence that the country has already seen in all possible forms — arrive and mock Colombian society, to me seems this is not only unacceptable, but should motivate us all to demand that justice be done within the framework of institutional respect.

Santrich, who reported himself to both the Supreme Court and the Special Jurisdiction for Peace (JEP) immediately after being sworn in, asked Duque for “appeasement” and to “act as a leader of all by giving guarantees, taking into account that there is something called presumption of innocence.”

The president and his administration were scolded by a team of UN experts last week for “inciting violence” against the demobilized FARC and urged to “take immediate steps” to implement the peace deal signed by the guerrillas and former President Juan Manuel Santos in 2016.

Duque has dedicated much of his first 10 months in office trying to undo the peace process, but has been largely unsuccessful because of resistance by the courts, congress and the international community.