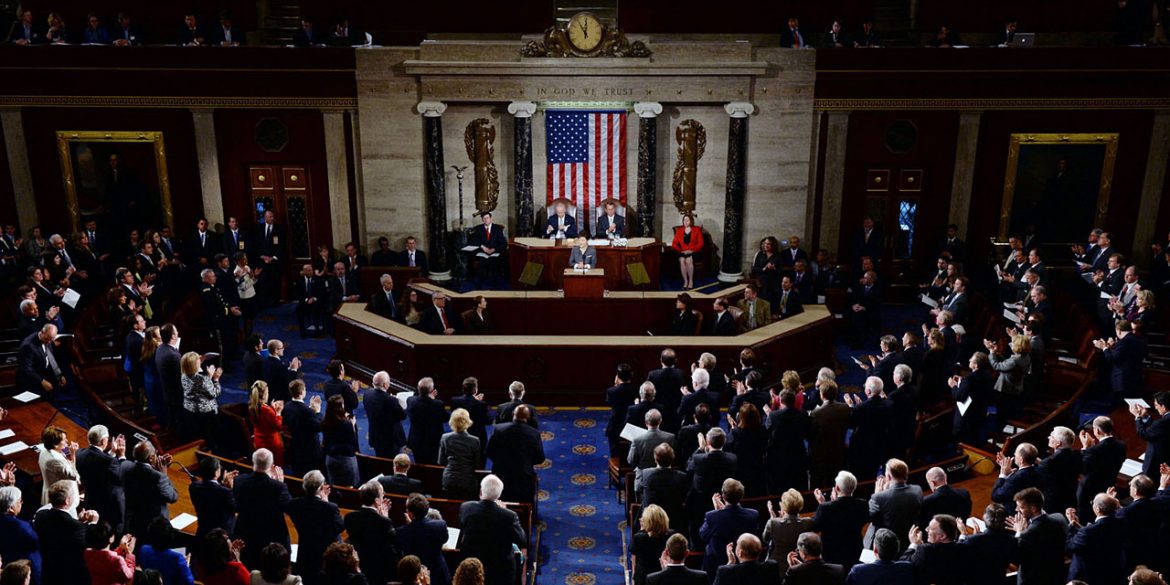 Some 79 United States congressmen said in a letter Friday they were “disturbed” by reports of “US pressure” on Colombia’s war crimes tribunal and urged “unwavering American support” for the peace process.

The letter of the house representatives, addressed to Secretary of State Mike Pompeo, criticized both US and Colombian governments for undermining important elements of the 2016 peace treaty with the FARC.

Though the letter was a rhetorical event rather than a policy announcement, it showed that a significant block within Democratic Party has taken notice of the recent political deterioration in Colombia and is concerned about how that might harm US interests.

The letter cited, among other things, the unceasing wave of assassinations of social leaders, the painfully slow progress in expanding a government presence in rural areas and US support for President Ivan Duque’s controversial efforts to weaken the Special Jurisdiction for Peace (JEP).

US pressure to modify elements of the JEP, after Colombia’s Constitutional Court upheld its statutory law, has sent an unfortunate signal regarding the rule of law and threatens to unravel a key element of the accord… We are disturbed, therefore, about reports the United States revoked visas issued to magistrates of the Constitutional Court and the Supreme Court in what appears to be a punitive response to decisions that uphold the constitutionality of the peace accord.

While the letter was a dramatic demonstration of growing concern among lawmakers about a possible collapse of the peace process, it also reiterated sharp divisions with the government of President Donald Trump about its relationship with Colombia.

Every one of the signers is a Democrat,  and while Democrats run the House of Representatives, Republicans control the Senate, the White House and US foreign policy.

The letter’s request that Pompeo should “provide a unified and unifying message” of support for the peace process may fall on deaf ears among those who currently control US foreign policy, such as National Security Adviser John Bolton.

Nevertheless, the letter does suggest that US foreign policy could shift significantly should Democrats sweep the national elections in November 2020.

For example, the Democrats criticized insistent pressure on Duque to resume aerial spraying of coca fields with the pesticide glyphosate, despite broad consensus this is ineffective and increased evidence it could cause cancer.

“Encouraging the Colombian government to fully carry out its comprehensive commitments to help small farmers voluntarily eradicate and replace coca” is a “far more sustainable solution than forced eradication or a return to aerial herbicide spraying,” the Democrats wrote.

Neither a change in US policy nor “unwavering support” of the peace process is likely to take place under the Trump administration, unless there is some significant Republican dissent from current US policy.

Senator Marco Rubio, of Florida, the leading Republican in Congress regarding foreign policy with Latin America and an ally of Colombian President Ivan Duque, has been silent about the worsening situation in Colombia.

The Congressional letter was released the same day as an editorial appeared in the New York Times in which the newspaper’s editorial board said that “Duque and his right-wing allies have sabotaged peaceful progress.”

“Peace may be unraveling,” the editorial said, “which would be a disaster for the country, for the region and for the cause of democracy.”

There has long been widespread bipartisan support in the Congress for US aid to Colombia, which has amounted to more than $11 billion in mostly military assistance since 2000. Both political parties claim credit for having helped Colombia avoid falling apart early in this century.