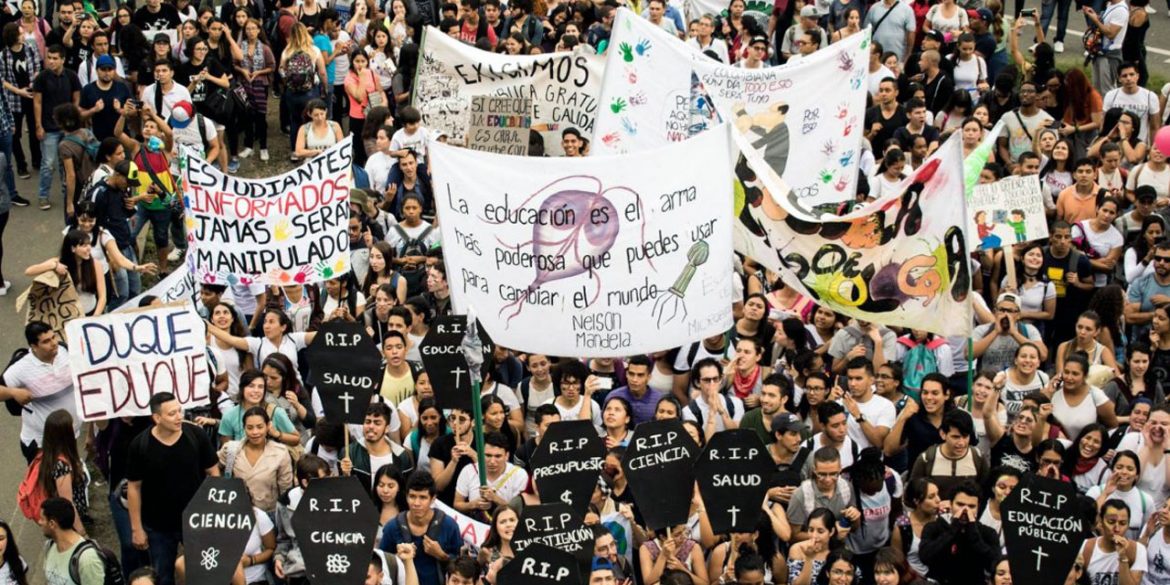 The students are fed up with the increasingly violent repression of what they believe are legitimate protests to demand an end to corruption and government failures to comply with promises to invest in higher education.

During protests in the northern city of Barranquilla on Monday, students were not just confronted with the controversial ESMAD riot unit, but even military police that shot live ammunition.

The students in Barranquilla took to the streets to protest against rampant corruption at the Universidad del Atlantico and the alleged sexual harassment practices of university rector Carlos Prasca.

The Barranquilla protests were the latest in an escalation of protests that began in one university, but spread to universities in other cities amid growing indignation about the excessive force used to to quell the protest.

The student organizations are now mobilizing all public university students and have added a demand, the government’s compliance with agreements made to invest in higher education.

What Colombia’s students are demanding

The labor union of teachers, some of whom took part in last week’s protests, has expressed its support for the protests that seeks to outdo all protests held since President Ivan Duque took office last year.

The protests seek to end the violent repression and police infiltration of marches at once, basically by overmanning the authorities.

This strategy worked last year when the students demanded an end to neglect of public education, and may  well do the same next Thursday as this time they are joined by private university students.

The students, who have renounced any kind of violence, meaning they will not just resist the police, but also act against radical students who turned violent in Bogota, Medellin and Barranquilla.

The protests promise to be a show-down between the massive student movement and Duque’s increasingly authoritarian use of force to repress growing resistance against his unpopular government.