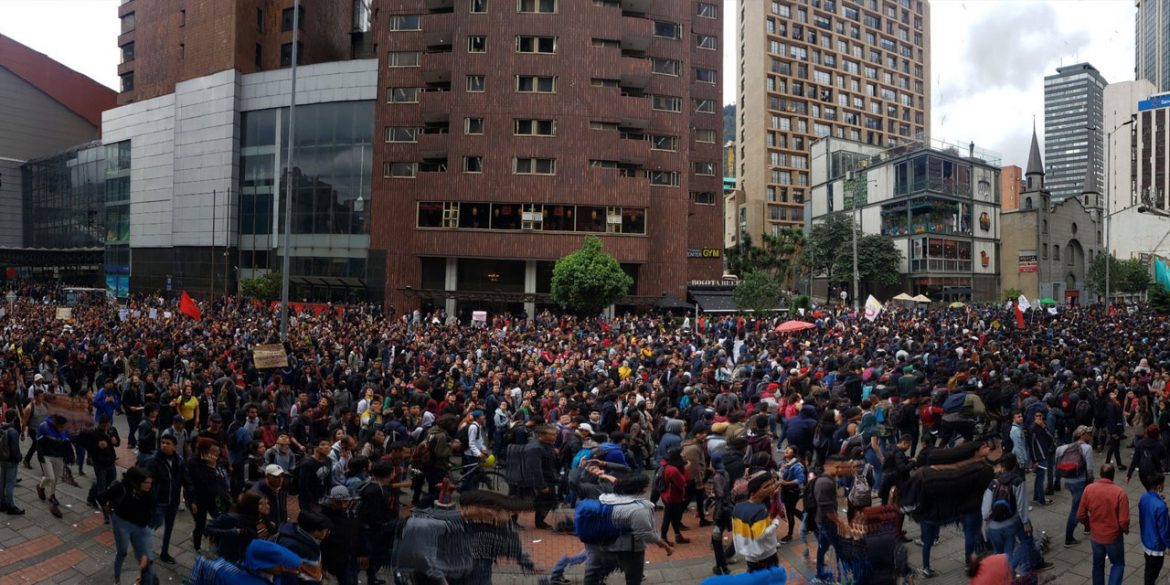 In the midst of student protests, Colombia’s interior minister said Friday she is preparing a bill that would restrict citizens’ rights to protest, using violent incidents as justifications.

The proposal of Interior Minister Nancy Patricia Gutierrez came on the fifth day of student protests and hours before hooded men attacked a government building near the peaceful student protests.

According to Gutierrez, the government has been working on a statutory law that would be a further restriction of the constitutional law.

The minister referred to a constitutional court ruling that sank an article in the 2016 police code that allowed protests only if they are held with the permission of the authorities.

Defense Minister Guillermo Botero previously coined the idea that protests should only be allowed if they “represent the interests of all Colombians and not just a small group” like students or ethnic minorities.

According to Gutierrez, “the country has found out that promoting this initiative is important” after initially peaceful protests turned violent on Wednesday.

This week’s protests began in one university over an alleged case of corruption on Monday, but expanded to three universities on Wednesday in protest at the violent repression of legitimate protests by controversial riot police unit ESMAD.

By Friday, students of 12 universities took part in protests that demanded the dismantling of the controversial police unit and were entirely peaceful until a group of hooded men attacked the building of student loan office Icetex.

Curiously, the attack triggered the ESMAD to attack the protesters while, according to an Icetex official, it took police two hours to respond to their call that hooded men were arriving at their office.

Videos of the violence at Icetex confirmed that no police were present while men threw rocks and molotov cocktails at the building.

Who are the infiltrators?

Student leaders and and the minister agree that the student protests were infiltrated. Who these infiltrators are, however, is being disputed.

Police said that 35 people were arrested on Friday for the attack on the Icetex building. Curiously, 32 were released and only three, including one of the organizers of the peaceful protests, were charged.

Like in previous protests, participants said that infiltrated police officers that took part in the violence were apprehended by protesters.

In the past, far-left students aligned with illegal armed groups like the ELN ,  or far-right activists trying to end the protests have been blamed.

In the end, student leader Jose Cardenas told W Radio that “we don’t know who are behind these acts of vandalism. In our case, it is very difficult to identify whether or not they are with any university. The authorities don’t even know.”

Whether the statutory law proposed by the government will make it through congress and the constitutional court is far from certain. President Ivan Duque can only count on a minority coalition in congress and previous attempts to restrict the right to protest were declared unconstitutional by the court.