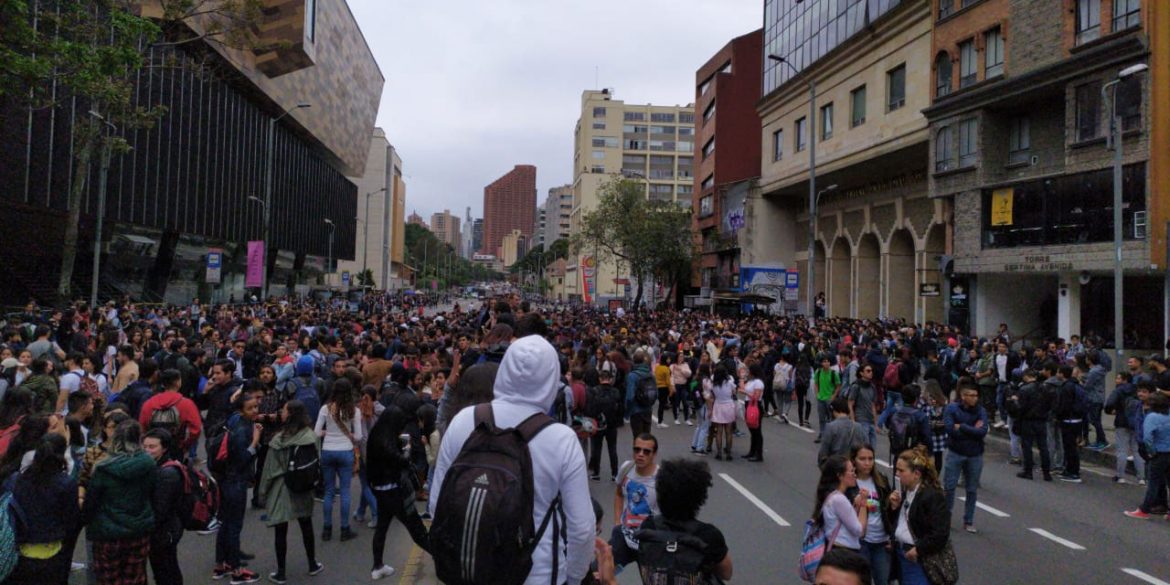 Students of the District University in Bogota began protesting on Monday after the revelation of alleged corruption.

Controversial riot police unit ESMAD violently repressed the protest on Tuesday after students took to the 7th Avenue, one of the capital city’s busiest roads.

The widely loathed police unit triggered a violent reaction from hooded protesters who threw bricks at the police.

Reports of excessive force used to quell the initial protest triggered peaceful solidarity protests by students of the private Javeriana University. These protests, however, were also violently repressed by the ESMAD.

On Wednesday students of the Pedagogical University joined the growing protests and the situation got completely out of control.

According to the Pedagogical University, five people were injured in an explosion, presumably caused by a home-made bomb.

The protests at the other universities turned into full-blown riots.

The rector of the Javeriana University said that the teargas used by the police was affecting patients of the San Ignacio hospital and urged for calm.

The University supports citizen participation in public protest, but strongly rejects the use of violence in all forms and by any of the actors.

The clashes between police and students are the second this year and and the third since President Ivan Duque took office last year.

The violent repression of public protests has increased significantly since Duque took over from former President Juan Manuel Santos.

Since Botero took control over the police and the military, many protests organized by students and ethnic minorities have descended into chaos after they were met by brutal police force.