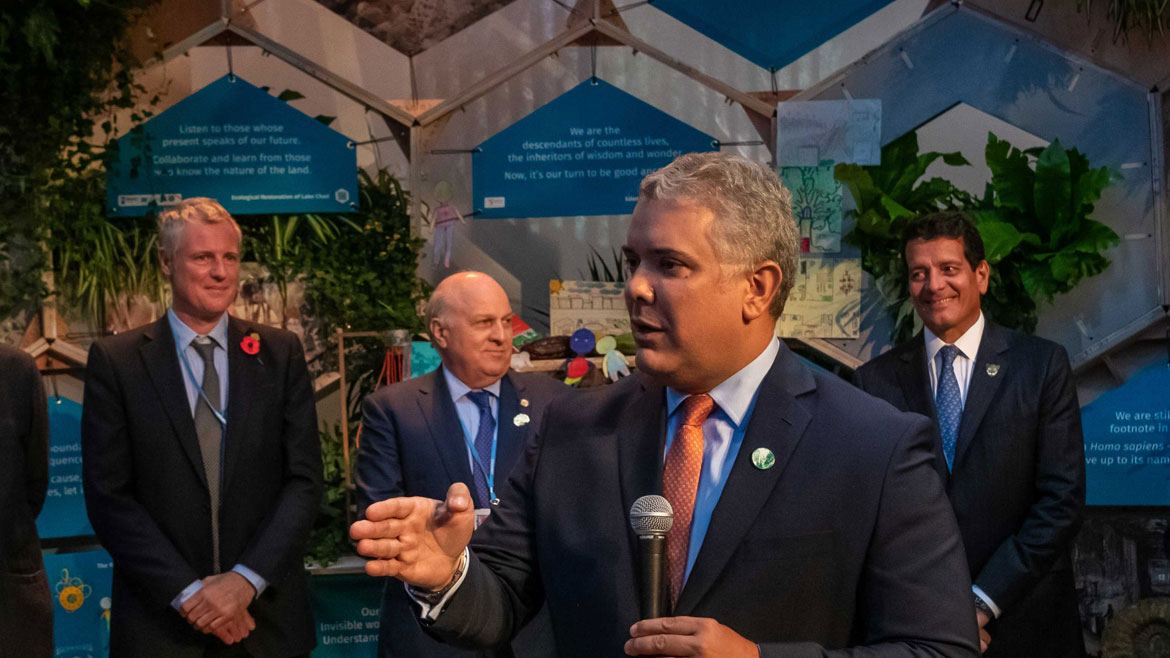 COP26: Colombia vows to protect 30% of national territory before 2023

President Ivan Duque told world leaders that 30% of Colombia’s national territory would enjoy special environmental protection before the end of next year.

At the COP26 summit in Scotland, Duque vowed to almost triple the size of the country’s national parks that currently cover 12% of Colombia’s land mass.

The president’s bold promise followed a year of inaction to implement the “Leaders’ Pledge for Nature” in which Duque vowed to protect 30% of the national territory before 2030.

In fact, the National Parks authority doesn’t even have a management plan for 12 of Colombia’s 59 existing nature reserves, the agency said in August.

In its annual report, the National Parks authority said that it registered deforestation activities in 32 of the parks that currently enjoy special protection status in 2020.

No more than 50 people were sanctioned for committing environmental crimes in these protected areas between 2018 and 2020, according to the government agency.

The president’s announcement was met with skepticism in Colombia, where the government has failed to protect both the environment and environmentalists.

Since Duque took office in 2018, Colombia has become one of the world’s most dangerous countries for people trying to protect the environment, NGO Global Witness said in September.

How the president plans to keep the promise made in Glasgow is unclear as the government has yet to propose a policy that would allow the protection of the areas currently enjoying special status.

The government has also yet to propose a policy that would allow compliance with the promise to grants special status to 30% of Colombia’s national territory by 2030.