Fires are raging on the edge of the Amazon forest in southern Colombia. Ranchers and farmers are burning down the lungs of the earth for cattle and coca.

The frontier of human civilization

Colombia’s largest nature reserve lies in the most northwestern corner of the Amazon forest on the very frontier of human civilization. From here on “civilized” humans have hardly ever ventured.

Beyond Guaviare, it’s jungle. Not even the best educated biologists know what kind of life exists beyond this frontier. 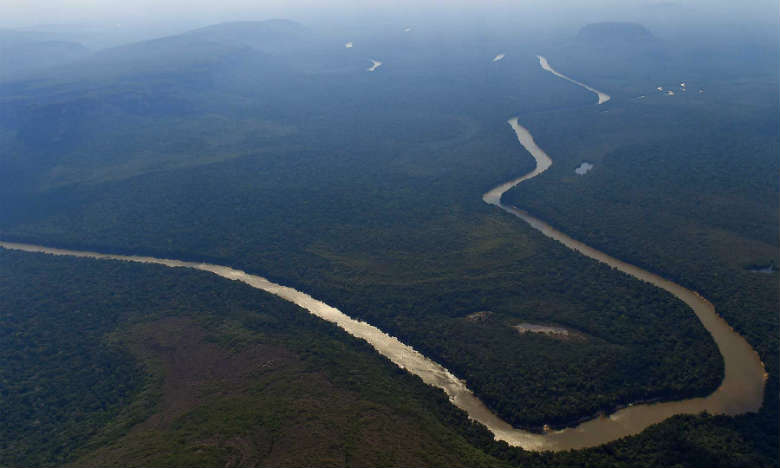 Outside the Serrania de Chiribiquete, Guaviare’s rainforest is burnt down in what seems to be the rapid extension of human civilization.

Locals told Semana that ranchers burn themselves a way into the Amazon forest every first and third quarter of the year, when a drought makes the forests easier to burn.

According to meteorological institute IDEAM, the Amazon has lost more than 300,000 hectares (1,200 square miles) in rainforest over the past 25 years in Guaviare alone.

The biggest culprit are the ranchers, who illegally are burning down the forest to expand their territories for cattle ranching.

Coca growers destroyed more than 1,400 hectares between 2015 and 2016, according to the United Nations of Drugs and Crime.

These small farmers settle alongside the rivers or roads. 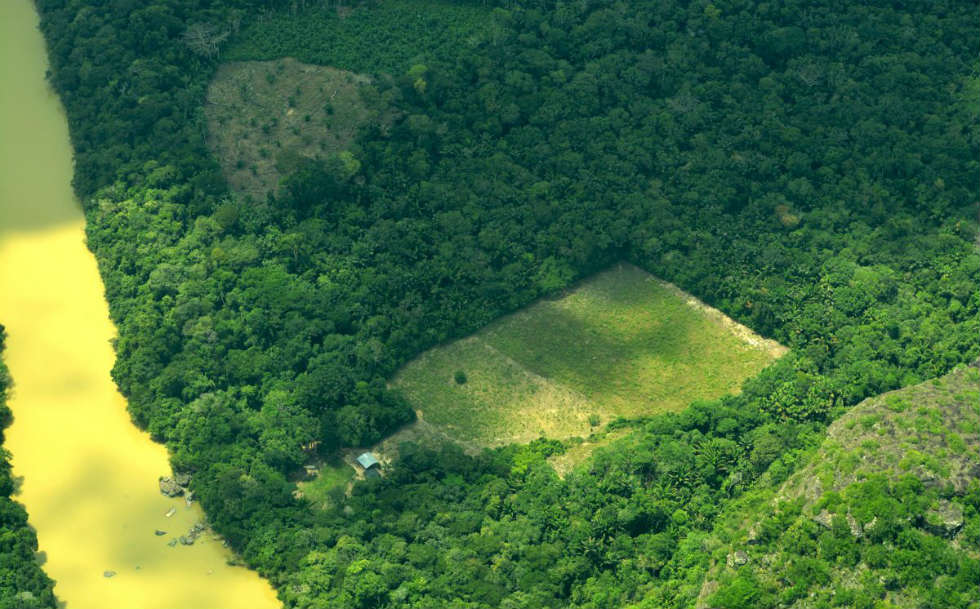 The state at its weakest

In this corner of civilization, the Colombian state is virtually absent.

The Guaviare environmental authority has 11 officials to monitor 53,000 square kilometers, an area almost the size of Ireland. Until 2016, no more than six officers were appointed to protect the forest.

Three of these officials are in the field, facing opposition from state-weary ranchers, drug traffickers and armed guerrillas alike. 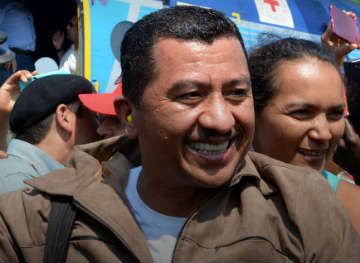 Local warlord “Gentil Duarte” was expelled from the FARC in late 2016. (Image: REMA-ACPP)

The demobilization of the FARC last year left this part of Guaviare under the control of dissident guerrilla commander “Gentil Duarte.”

Unlike the FARC, this warlord does allow free enterprise for ranchers and coca growers, as long as they pay taxes.

The 500 guerrillas that operate under his command do not tolerate the authority of anyone.

In this environment of virtual lawlessness, on the edge of civilization, locals have tamed nature by force ever since the rubber boom in the early 20th century.

The forest is pushed back with fire. The military and local volunteer fire departments are powerless in the face of the aggressive expansion at the expense of the Amazon. 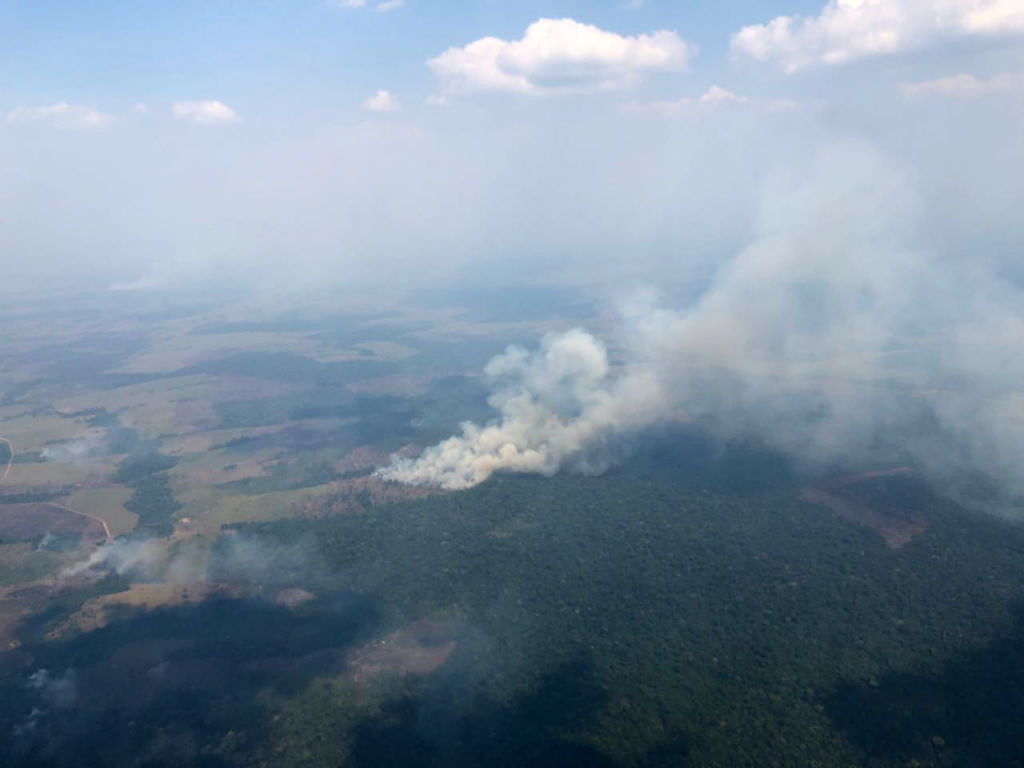 Fires eat away the frontier of the Amazon forest in Guaviare. (Image: President’s Office) 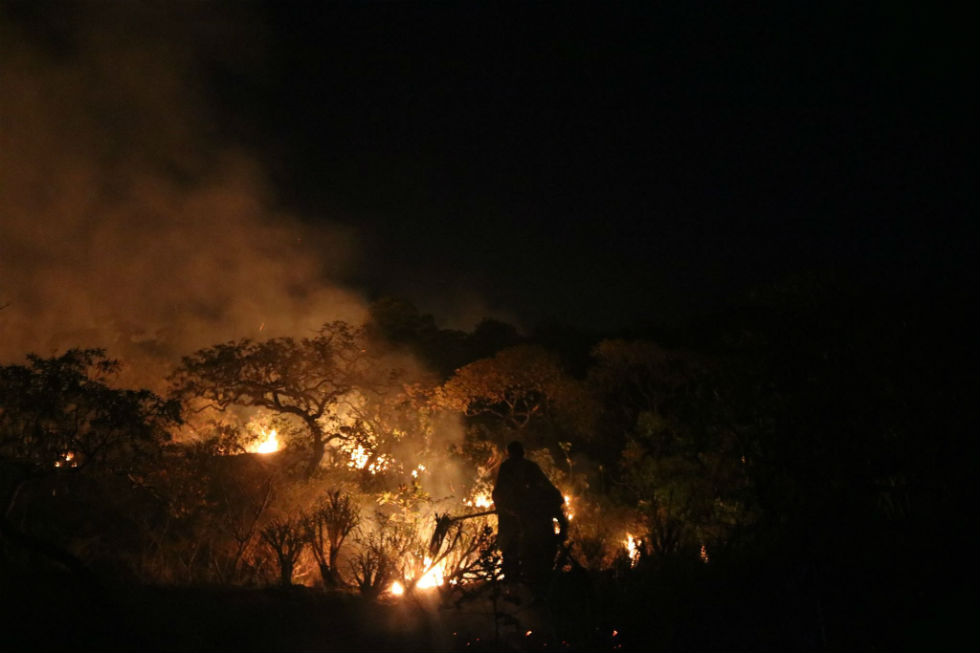 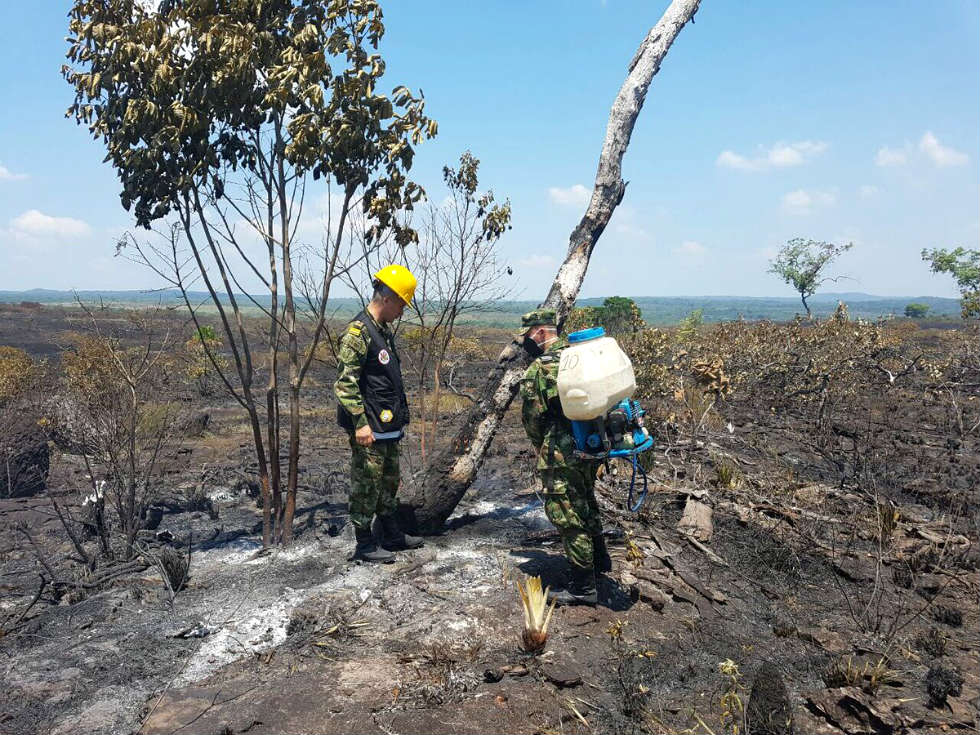 The destruction of the fires is almost absolute. (Image: General Juan Pablo Rodriguez)

The protection of the area allows authorities to impose higher punishments of locals engaged in legal lumbering or the setting on fire of virgin forest. But it’s a lost battle.

After almost a century of colonization, however, deforestation has become part of the culture on the frontier in Guaviare, it’s what you do when the younger generation needs to place to live, grow crops or raise cattle.