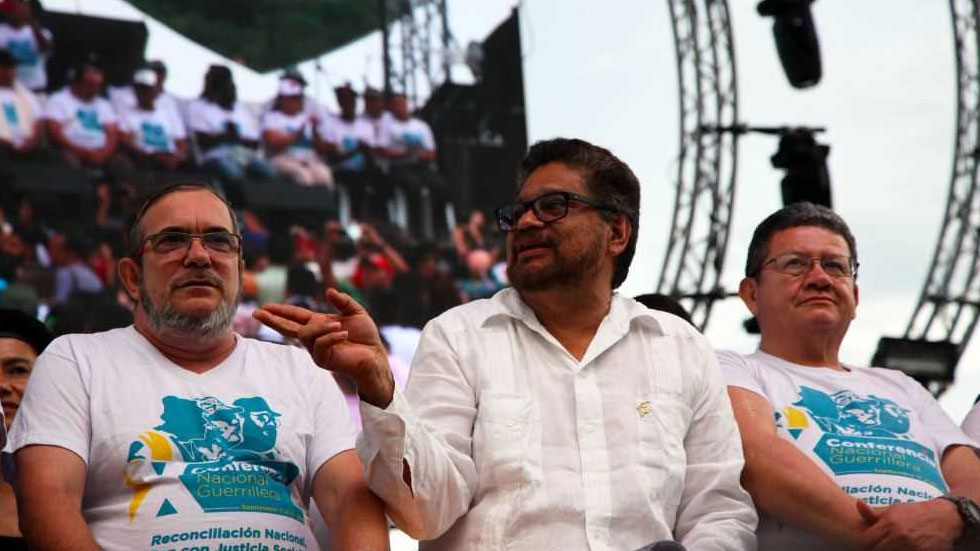 The leadership of the FARC on Saturday left the final “National Guerrilla Conference” to prepare for the peace ceremony that on Monday will formally end the group’s half-a-century of war against the state.

The past week, the FARC’s political leadership, the Central Command, met with hundreds of guerrilla representatives for the 10th guerrilla convention since the group’s formation in 1964.

At the convention, FARC chief Rodrigo Londoño, a.k.a. “Timochenko,” and fellow members of the guerrillas’ executive body convinced the lower-ranked guerrilla chiefs to “unanimously” vote in favor of the group’s impending demobilization.

“I am leaving satisfied. There was full support for the agreement we will sign on Monday in Carrtagena” Londoño told The Associated Press before boarding a Red Cross helicopter.

While the guerrillas still in the plains near the southern Colombian village of Yari are staying until Monday, Lonoño and other top guerrillas left to prepare the culmination of more than five years of peace talks, the signing of the peace agreement with President Juan Manuel Santos.

Monday’s ceremony will be attended by hundreds, including many presidents from the Americas and US Secretary of State John Kerry.

“Peace will begin on Monday when I and the president shake hands,” said Londoño.

What Monday, Colombia’s day of peace, will look like

The formal signing of the peace deal will be preceded by a church service and a ceremony dedicated to the armed forces, who have fought the guerrillas for more than half a century.

In Yari, the guerrilla representatives will witness the ceremony through television, after which they return to their troops and prepare their demobilization, disarmament and reintegration.

Between Monday’s ceremony and the irreversible demobilization of the FARC stands an October 2 referendum in which Colombians will be asked whether or not they support the peace agreement.

While public resistance against the deal is significant, pollsters have predicted a likely and convincing “Yes” of the Colombian people.