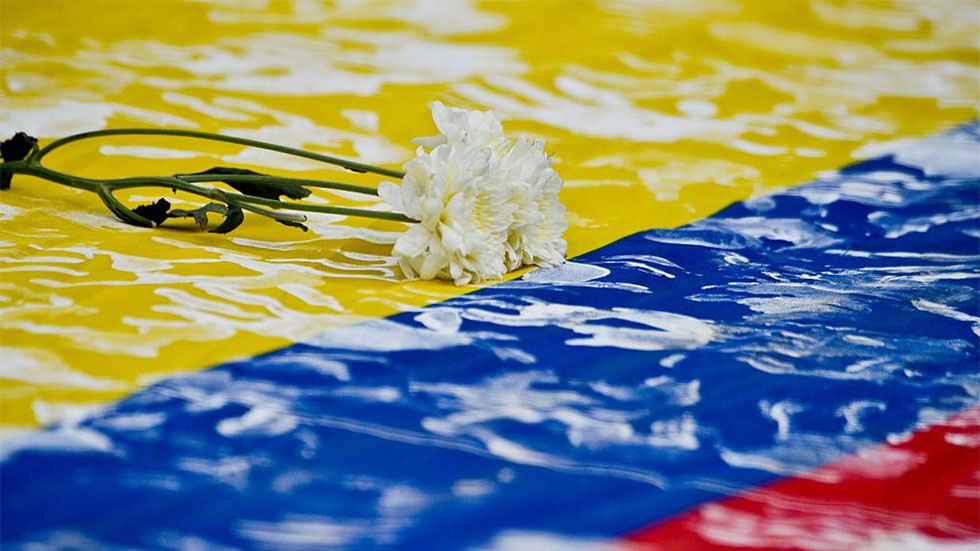 What Monday, Colombia’s day of peace, will look like

The signing of peace between Colombia’s state and the country’s largest rebel group, the FARC, will last the entire day on Monday and is expected to be attended by more than 2,000 national and international guests.

Cartagena, the Caribbean port city where the ceremony will be held, announced Thursday it had finished all the preparations for what will be the most important moment in Colombia’s recent history.

8AM – Tribute to armed forces

Meanwhile, the country’s Trade Minister, Maria Claudia Lacauture, has personally been put in charge to organize the event that will last from 8AM until 6AM.

The peace ceremony will begin with a tribute to Colombia’s military, which has been fighting the FARC since 1964 and has lost thousands of men in the war against the rebels.

This part of the ceremony will be attended by Defense Minister Luis Carlos Villegas and some 100 representatives of the National Police, the National Army, the Navy and the Air Force.

“President Santos will render tribute to the men [and women] of the security forces who for years have contributed to the quest for peace,” Lacauture said.

Additionally, the president “will thank them for the sacrifices made to reach this historic moment.”

At noon, the Secretary of State of the Vatican, Cardinal Pietro Paroli, will preside a mass in the San Pedro Claver church during which he will reportedly pray in an attempt to strengthen Colombians’ ability to reconcile and forgive.

At the church, Santos will join other heads of state who will be attending the service.

Following mass, the president will have a private lunch with the 15 heads of state who have so far confirmed their attendance, at least 27 foreign ministers and at least 10 officials of international bodies like the UN.

The highlight of the day, the formal signing of peace between the FARC and the state, will take place at 5PM at the Cartagena’s Convention Center, the only venue in the city big enough to host the approximately 2,500 people expected to attend.

All those invited have been asked to wear white while attending the 70-minute ceremony that will formally end the longest-running armed conflict in the Americas.

At this historic event there will be only two speakers, the president and the FARC’s supreme commander, Rodrigo Londoño, a.k.a. “Timochenko,” the same men who will sign the agreement to end more than half a century of bloody violence.

Then, just after 6:30PM it will be over and the FARC, designated a terrorist group by the US in 1997, will formally cease to exist as an armed group and will begin its transition to a non-violent Marxist political movement.

The groups demobilization and disarmament will be supervised by the United Nations and should be over within 180 days.

The Sunday after the peace ceremony the Colombian people will vote to either ratify or reject in a plebiscite. According to pollsters, Colombia is likely to approve the deal.