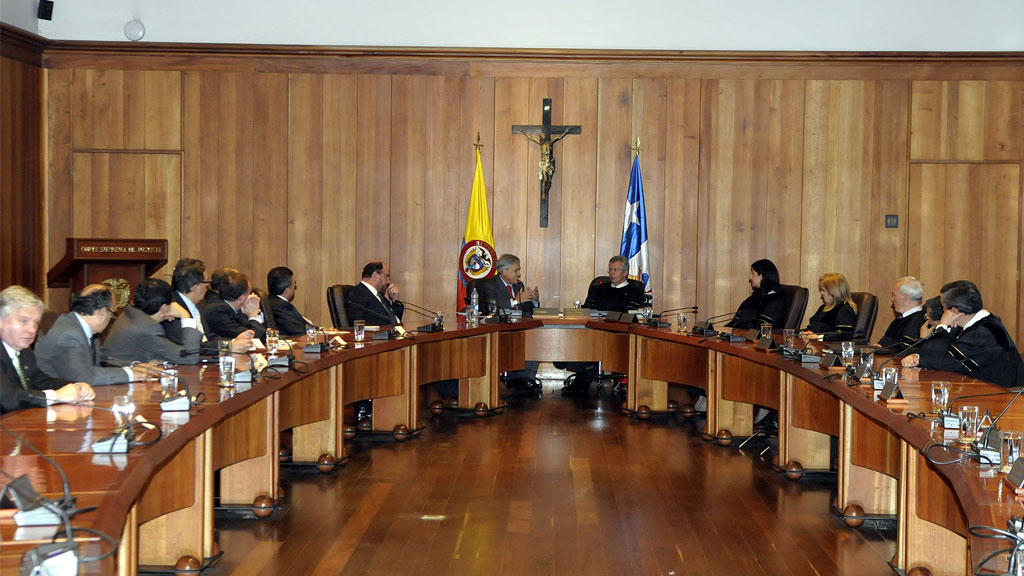 The court did so after hearing the testimony of Senator Musa Besaile (U Party) who confirmed he had paid Supreme Court justice Leonidas Bustos more than $600 thousand to obstruct a pending investigation into the politician’s alleged ties to paramilitary death squads.

Bustos and Ricaurte are two of three Colombian Supreme Court justices who have been accused by the United States’ Drug Enforcement Administration (DEA) of having received bribes to help cover up politicians’ ties to death squads.

Hernandez was appointed by the court to investigate the alleged obstruction of the investigations against Besaile, former Senate President Hernan Andrade and former Antioquia Governor Luis Alfredo Ramos.

The bribery also implicates the recently anti-corruption chief of the Prosecutor General’s Office who is wanted in the United States for allegedly trying to extort a former governor on American soil.

Colombia’s latest corruption scandal is shaking the very foundation of the country’s justice system and further deteriorates the credibility of both the country’s courts and Prosecutor General Nestor Humberto Martinez.

Martinez, who was asked to investigate the justices, personally appointed the anti-corruption chief who is now alleged of being one of the main influence peddlers in the very top of the justice system.

The investigation also raised questions about the fairness of past rulings of the disgraced justices that absolved politicians accused of seeking political benefit through the use of paramilitary death squads.

For example, former Vice-President German Vargas, a close ally of the prosecutor general, was absolved of “parapolitics” charges by Bustos in 2013.

More than 45 congressmen, including the cousin of former President Alvaro Uribe, have been convicted for their ties to paramilitary groups.