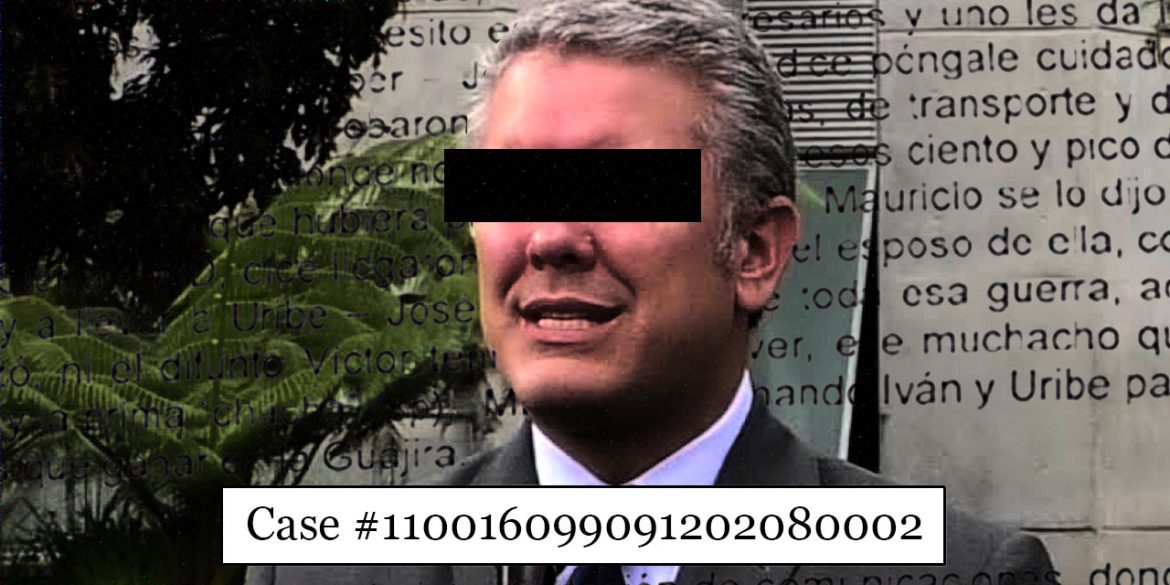 Colombia’s prosecution announced it has opened an investigation into alleged mafia involvement in the rigging of the 2018 presidential elections that implicates President Ivan Duque.

Prosecutor General Francisco Barbosa, a personal friend of Duque, said last week he would forward the evidence of investigation fraud revealed in leaked wiretaps “to the competent authorities.”

The prosecution on Monday specified it had sent the evidence of alleged election fraud to the Supreme Court, Congress’ Accusations Committee and the National Electoral Council.

Additionally, the prosecution said it had also opened its own investigation “in order to identify and establish the presumed responsibilities of non-privileged subjects who would be mentioned or participated in the known conversations through telephone interceptions.”

“Ivan and Uribe sent me”

Among the “non-privileged subjects” mentioned in the leaked wiretap is “Ivan.”

At the time of the conspiracy that was recorded by the police, Duque was in between privileges he enjoyed as a senator until April 2018 and those of being president after August that year.

The president is also investigated by the House of Representatives’ Accusations Committee after investigative journalists Gonzalo Guillen and Walter Mendoza filed criminal charges.

This congressional committee is the only body that can warrant a criminal investigation against a sitting president. The decades-long friendship between Duque and the prosecutor general make an independent investigation by the prosecution virtually impossible.

The conversation was recorded because the Police’s intelligence unit DIJIN was investigating Jose Guillermo Hernandez, a cattle rancher,socialite and  alleged money launderer, who was murdered in Brazil last year.

The prosecution said in 2016 that Hernandez was the “political arm” of the drug trafficking organization of Marquitos Figuroa, who was arrested in Brazil in 2014.

The person talking to Hernandez about “Ivan and Uribe” is the former president’s right hand, Maria Claudia Daza, according to investigative journalist Julian Martinez.

Daza resigned as Uribe’s assistant on Monday saying her boss had “lost confidence” in her. She denied being the person recorded by DIJIN.

Uribe, a former Medellin Cartel associate, was among the first to lament the death of Hernandez on Twitter.

The leaked wiretap is only one of 25,000 phone calls that were recorded as part of the police investigation that allegedly reveals that Figueroa’s drug trafficking organization was helping Uribe’s Democratic Center party rig the elections in the northern La Guajira province.

The wiretaps and Hernandez’s social media accounts additionally confirm election fraud claims made by former Congresswoman Aida Merlano, who escaped prison last year, two weeks after she became the first and only politician convicted of vote-buying.

The Supreme Court announced last month it will also ask her to testify as it broadened the election fraud investigation against Senator Arturo Char, a member of the Char Clan that is also associated with the alleged narco.

The mounting claims and evidence are undermining the legitimacy of the administration of Duque, who was already suffering abysmal approval ratings.