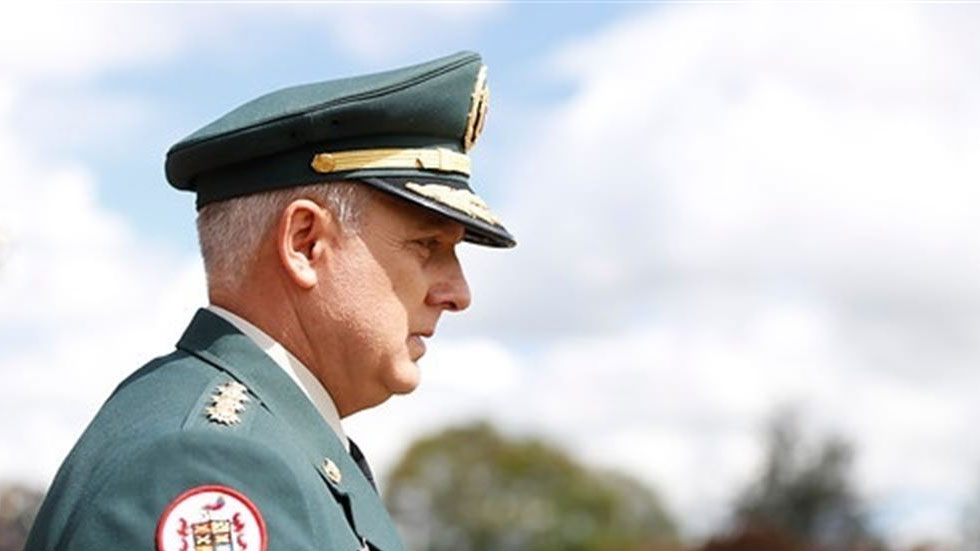 Amid increasing criticism about Colombia’s national army’s apparent failure to take control over territory abandoned by demobilized FARC guerrillas, its commander is doing all within his power not to talk to the press.

He is possibly the most criticized public official in Colombia after President Juan Manuel Santos as in some areas the country’s largest terrorist group embarrassingly proved better at maintaining public security than the security forces.

An increasing number of locals, human rights organization and even public officials cite the army’s turtle response to the FARC’s demobilization as the primary reason for the increased violence in areas previously under guerrilla control.

According to conflict monitoring website Verdad Abierta, the only way it was able to get Mejia to speak out was by filing a public information request, which they did.

Even then, Mejia evaded responding by ordering the army’s Strategic Communications director, Colonel Sandra Garcia, to answer the 21 questions sent explicitly to the commander, not the PR department.

Garcia refused to answer questions about the estimated number of members of illegal armed groups like the ELN or AGC, the activity of Mexican drug cartels in the country and their alleged ties to Colombian drug trafficking groups.

Answering these questions would endanger national security, according to Garcia, whose single response to multiple questions was as wordy as it said little.

“As this corresponds to intelligence information under the terms of Law 1621 of 2013, articles 4, 33 and 34, as well as decree 857 of 2014, articles 13 and 14, it is not possible to provide such data, especially considering that this information could compromise security and national defense.”

The military spokeswoman did say that the National Army “has permanently carried out operations in the totality of [Colombia’s national] territory” and that “the development of operations has been arranger to achieve the presence of state institutions in places where, due to the conflict, the access of the population to public services where made difficult.”

However, on no occasion such offensive was confirmed by any of Colombia Reports’ sources in former conflict areas.

Instead, the army’s movements have been “inefficient” and “slow,” according to both the governor of the southern Putumayo province and the demobilization coordinator in Tumaco, a formerly FARC-controlled port town in southwest Colombia.

According to Garcia, Colombia’s illegal armed groups — all of whom are engaged in drug trafficking — have received increased support by Mexican drug cartels.

“Now we are not just fighting Colombian cartels, but also foreign cartels!”

However, the military refused to recognize the existence of a multitude of Colombian armed groups, most of whom formed during the partial demobilization of paramilitary organization AUC between 2003 and 2006.

This institutional denial has become a major and almost constant embarrassment for Defense Minister Luis Carlos Villegas, who on multiple occasions made proven false claims about the military’s effectiveness.

While the minister in December optimistically announced the dismantling of paramilitary group “La Constru” in Putumayo, little more than a month later, the local army commander was forced to admit that exactly this group was terrorizing the local population in its coca-rich home turf.