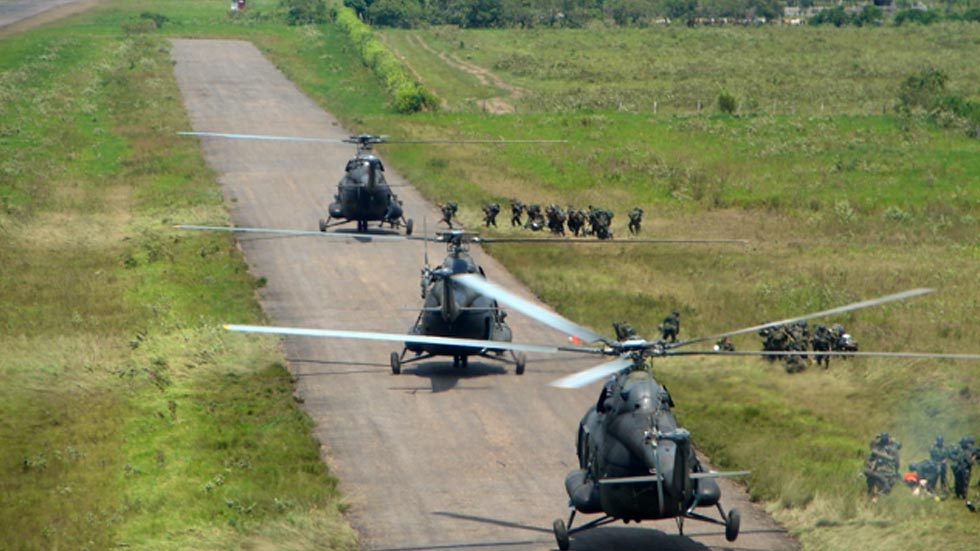 Colombia’s armed forces are too slow and too inefficient in moving into territory formerly controlled by FARC rebels, allowing dissident guerrillas, paramilitaries and drug trafficking groups to violently take over abandoned FARC criminal rackets, according to several officials.

The FARC and the government signed a bilateral ceasefire in August last year and a peace agreement in late November.

Until then, the Marxist guerrillas controlled vast parts of Colombia’s territory and were deeply involved in criminal activity like drug trafficking and illegal gold mining.

In the peace deal, the government committed to assuming control and imposing public order in these areas, but has done so too slowly and too inefficiently, the governor of the southern Putumayo province, Sorrel Aroca Rodriguez, told Colombia Reports.

“While the army is definitely entering the zones, the process must be accelerated … They must be more agile and effective to prevent other criminal actors and groups from taking advantage of the situation,” the governor said.

This was confirmed by the governmental transition coordinator in Tumaco, Nariño, who said that dissident FARC groups and paramilitaries have already taken advantage.

“The institutional induction that should already be taking over those territories has not been done efficiently,” Pablo Pardo of the Nariño governor’s office told conflict website Verdad Abierta.

Consequently, “other groups have begun manifesting themselves in the area,” the transition coordinator said.

The army’s apparent lack of ability or will to swiftly take control of abandoned FARC territory is causing increased violence in many parts of southwestern Colombia.

In Cauca, indigenous groups strengthened their autonomous Indigenous Guard last year already after a number of social leaders were assassinated.

Choco, the province where two out of three inhabitants is a registered conflict victim, appears to be hit the hardest by the security forces’ apparent ineffectiveness and is suffering a paramilitary siege not seen since the late 1990s.

The commander of the National Army, General Alberto Jose Mejia, said that “Plan Victoria,” the military strategy to effectively impose state authority in previous FARC territories, “is a planned process.”

Nevertheless, the commander admitted that “it’s difficult to cover each area of the country.”