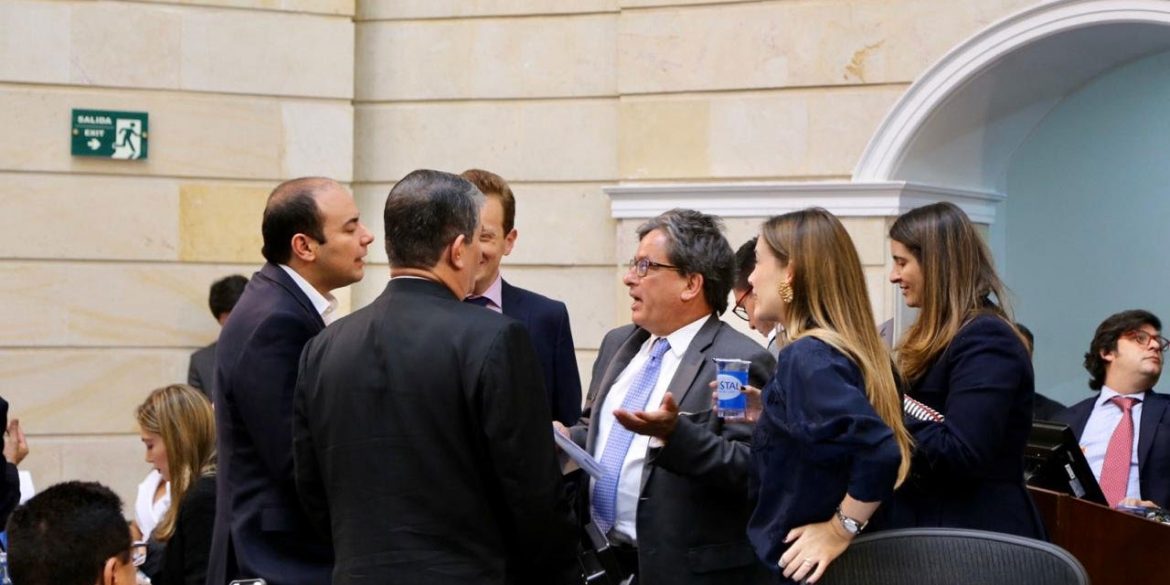 A controversial tax reform that has fueled massive anti-government protests is hanging by a thread due to chaos in Colombia’s congress.

The Senate approved the bill on Wednesday, but using the same controversial method that got the reform declared unconstitutional by the court in October.

The House of Representatives’ second vote on the bill was adjourned on Wednesday in a highly controversial move by the leftist opposition.

The government’s rush to approve the bill and the utter chaos in Congress are increasing the chances the Constitutional Court sinks the reform for a second time if the widely rejected reform survives Congress.

Opposition Representative Maria Jose Pizarro (Decency List) controversially adjourned the House’s second vote after the disappearance of both the house president and vice-president made her acting president.

Pizarro, who opposes the tax reform, took advantage of her accidental powers and adjourned the session, citing congressional regulations that oblige lawmakers to clock in within an hour after a session is opened.

The leftist lawmaker, however, failed to ask permission to do this from the House secretary, which is compulsory.

The session was scheduled for 10 in the morning and was opened at 10:05 by President Cuenca. From that moment on, the representatives arrived to register. At 11:05 in the morning there was no quorum, and neither the ministers nor the delegates of the Government were present. An hour had passed and the decision was made to lift it.

The decision triggered a furious response from lawmakers of Duque’s far-right CD party who accused Pizarro of “tyrannical” behavior, but to no avail.

The Senate approved the tax reform in its debate that was supposed to be held on Tuesday, but was also adjourned after president Lidio Garcia claimed there had been procedural errors.

Duque and his minority coalition had been able to obtain just enough votes after a deal with the center right Radical Change party and the support of part of the U Party.

Because the government was late in filing the bill and Garcia adjourned the session on Tuesday, the senate coalition in favor of the tax reform decided to hurry things up and vote on the reform bill in blocks.

The court declared last year’s attempt to push through the same reform unconstitutional in October exactly because the senate had approved the bill in blocks without reading the individual articles.

If the bill is able to make it through congress it will almost certainly be challenged before the Constitutional Court and could result in the most humiliating defeat possible for the president.

Protests against, among other things, “Duque’s Great Package” that includes the tax reform have been ongoing for almost a month and have sunk the president’s approval rating.

The president has so far refused to negotiate with social leaders spearheading the protests, which makes the political damage of a possible court decision to sink the reform impossible to overstate.