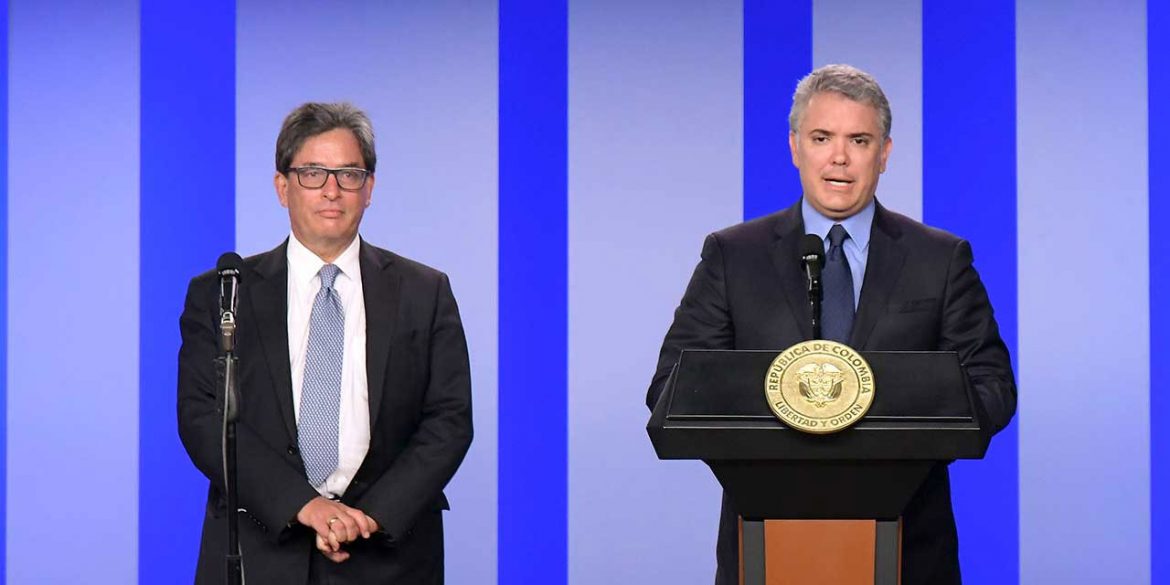 Fortunately for Finance Minister Alberto Carrasquilla, the court said that the ruling won’t take effect until January 1 and is not retroactive, meaning that the government doesn’t have to redo it’s entire 2019 budget or return taxes collected this year.

According to the court, the so-called “Finance Plan” is unconstitutional because the House of Representatives approved the bill on December 19 last year without having been informed about amendments made by the Senate the night before.

The ruling is another major embarrassment for the controversial finance minister, who had already survived a motion of no confidence over an investment scheme that brought one tenth of Colombia’s municipalities to the brink of bankruptcy.

The finance bill had been challenged by dozens of citizens, including former Vice-President German Vargas, who discovered the irregularities while the administration was pushing the bill through Congress.

The congressmen did not know what they were voting for… the absence of the debates has substantial significance, since no important modifications were discussed, violating the democratic principle and political participation in the negotiation of the law.

Carrasquilla now has less than two months to present the entire budget finance plan again and make sure it is approved by Congress without dirty tricks or other irregularities.

If the minister fails, the government won’t be able to collect taxes or grant tax cuts introduced in the plan.

The reopening of the debate is a disaster for the president as every unpopular tax measure will again be open to debate, which could sink his approval rating even lower.

To make matters worse, Carrasquilla’s 2020 budget was approved hours before the court ruling but is left without financing.

And to make matters even worse, the ongoing trade war between the United States and China that began after the approval of the finance plan has severely changed the fiscal reality.

With local elections set to be held in two weeks, lawmakers that previously agreed to unpopular measures may change their mind to appease the electorate.

This makes a swift approval of the 2020 budget and the budget finance plan all but certain.