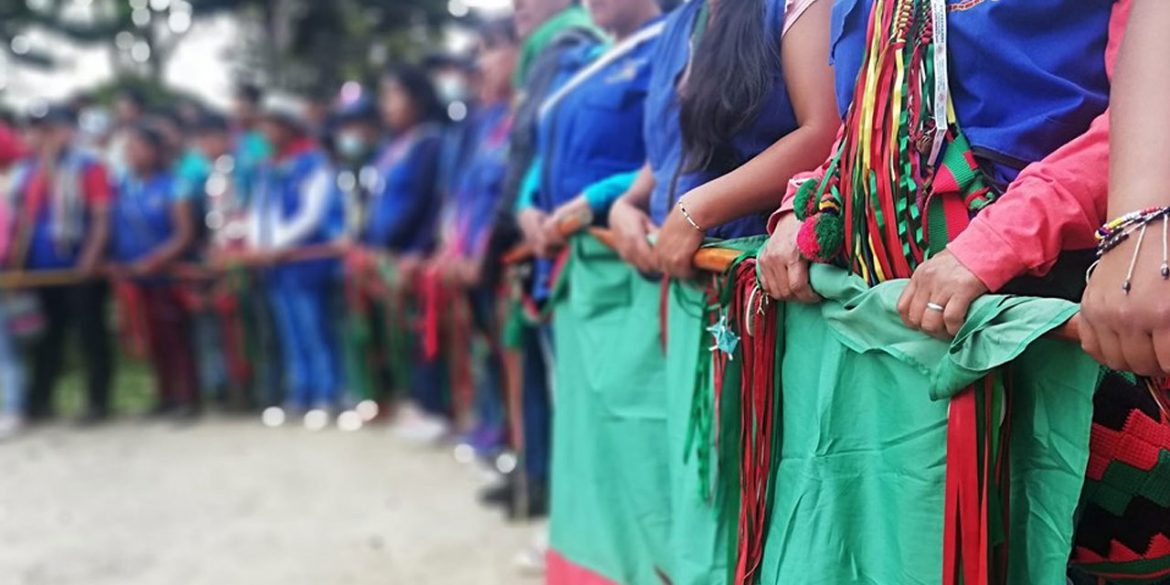 Colombia’s indigenous authorities reiterated on Saturday that they will not allow any armed group, legal or illegal, into autonomous territory.

The native Colombian leaders rejected Interior Minister Nancy Patricia Gutierrez’ claims that the military could only protect indigenous communities if they were allowed inside autonomous territory.

Duque made this announcement after dissidents of the demobilized FARC guerrilla group committed a massacre in northern Cauca in which five people, including a governor, were killed.

The native Colombian leaders insisted that the government must implement the 2016 peace deal with the FARC to end what they call a genocide.

Arias additionally demanded the immediate resignation of Defense Minister Guillermo Botero, who is already facing a motion of no confidence in Congress.

To add pressure, the ONIC announced that all indigenous organizations would join a national strike on November 21.

This anti-government protest was already supported by hundreds of labor unions, social organizations and opinion leaders.

Duque’s response: blaming everybody else

At a public event, Duque responded on Saturday by blaming the violence in Cauca on former President Juan Manuel Santos and the indigenous communities who have been victimized by the violence.

According to the president, his predecessor allowed the cultivation of coca, the base ingredient for cocaine, to increase.

The victimized community, Duque said, prevented the arrest of one of the alleged perpetrators of a massacre in which an indigenous governor was killed by imposing indigenous justice on the FARC dissident.

The president highlighted how the military had killed multiple FARC dissidents since he took office.

Notwithstanding, Duque also said that his ministers had traveled to the countryside this week to begin implementing rural development plans that are part of the peace deal.