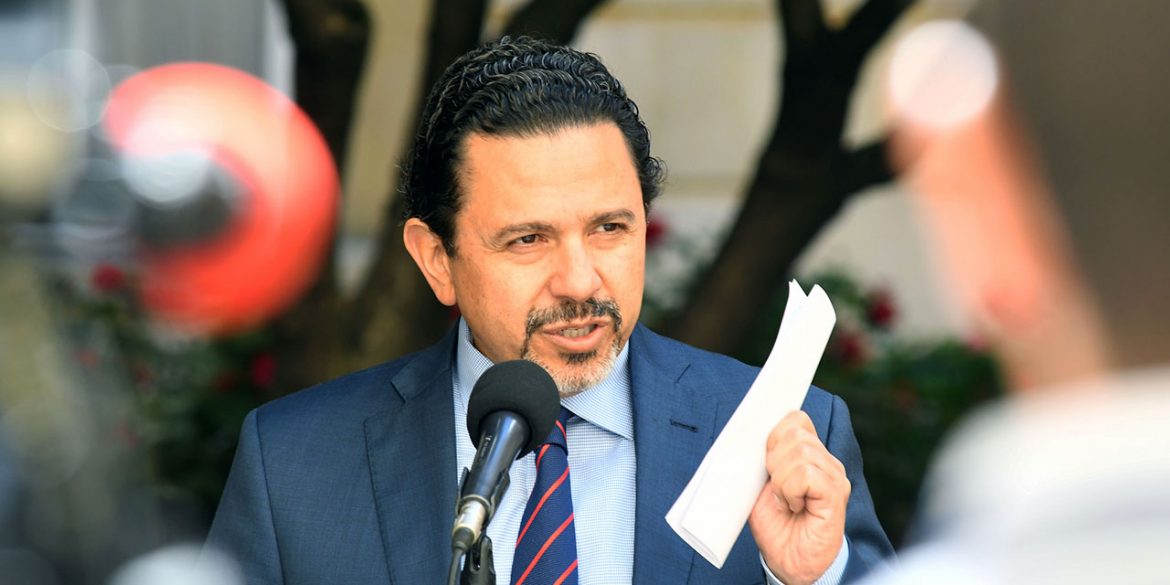 Colombia’s top presidential adviser on peace said Sunday that the government is negotiating a possible resumption of peace talks with ELN guerrillas through mediators.

In an interview with newspaper El Tiempo, Peace Commissioner Miguel Ceballos said that his office has been indirectly communicating with the guerrilla leadership through so-called “peace managers.”

President Ivan Duque has refused to resume formal negotiations to end the 54-year-long rebellion of the country’s last-standing guerrilla group unless the rebels release hostages and “end all criminal activity.”

The ELN has rejected new conditions to resume the talks that began in February last year under former President Juan Manuel Santos.

The former president appointed four peace managers. Two of them are now mediating the possible resumption of peace talks that were suspended in August when President Ivan Duque took office, said Ceballos.

One of these mediators is Eduardo Martinez, a brother of ELN negotiator “Antonio Garcia,” Ceballos said.

According to Ceballos, the mediators “keep communication channels open” and are mediating a “negotiations table that complies with the requisites” demanded by Duque.

It will only be possible to re-establish the table when the basic conditions set by the president are fulfilled: the release of all the hostages, the cessation of criminal actions and the release of another 10 people who, according to security agencies, are still in the hands of the ELN.

The ELN released seven members of the security forces and two civilians over the past two weeks as a concession to Duque, but has denied holding the 10 hostages mentioned by military intelligence.

But on Friday, Western War Front commander “Uriel” told press that his unit is holding a 15-year-old girl captive on claims she was a military informant.

The regional guerrilla commander said that the girl would be released in the coming week after “routine procedures.”

Duque fiercely rejected the kidnapping of the minor.

Talks with the ELN have been particularly complicated because of deep-rooted distrust between the two warring parties.

The government and UN observers have said that the guerrillas violated a bilateral ceasefire between October and January on multiple occasions. The ELN has accused the government of colluding with paramilitary groups that continued attacking the guerrillas while the military held back.

Santos continued negotiations with the ELN until his last day in office in the hope to negotiate a definitive ceasefire that would make a reactivation of the war less likely.

While campaigning earlier this year, Duque threatened to end negotiations and return to trying to defeat the 54-year-old guerrilla group through military offensives, but has found little support outside his own party, the hard-right Democratic Center of controversial former President Alvaro Uribe.

The majority of Colombians, coalition partners and international organizations oppose a return to war while at the same time undergoing a peace process with the FARC, a much larger guerrilla group that demobilized and disarmed last year in an attempt to finally end an armed conflict that began in 1964.