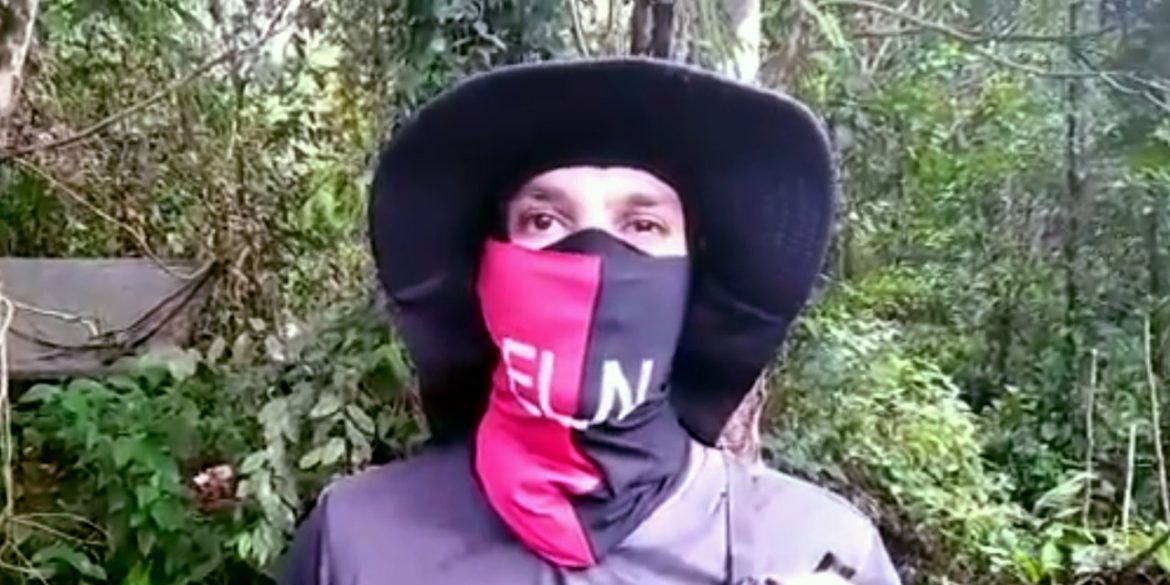 The kidnapping of a 15-year-old girl because ELN guerrillas in western Colombia believed she was an army informant has dealt a blow to the prospects of peace in the country.

According to local media, the kidnapping took place on September 7, the deadline set by the government for the rebels to release all confirmed captives. The victim confirmed her kidnapping on Saturday.

Authorities told local media that Mayerli Cortes was violently taken from her home on September 7, the day President Ivan Duque had set as deadline to release all confirmed captives.

The regional rebel chief confirmed on Friday that the girl was held for “routine procedures” over guerrilla suspicions the 15-year-old girl was “an army informant.” According to Western War Front commander “Uriel,” the girl would be released next week.

On Saturday, “Uriel” released audio of the girls and her parents, who said they had come to the rebel camp voluntarily to make sure their daughter was okay.

The president called the kidnapping “a demonstration of cowardice. The kidnapping of a 15-year-old girl … and to claim this girl is an informant, to me comes across as an insult to Colombia’s children.”

The United Nations reminded the guerrillas that kidnapping is a violation of international humanitarian law.

Taking hostages causes deep pain and difficult consequences to heal both in the persons deprived of liberty and in their families, as well as in society.

“They took her,” the peace adviser of Choco’s provincial government, briefly confirmed to press, after which he urged the rebels to release the girl.

For us, it is of the utmost importance that the minor returns home to her family as soon as possible.

The hostage-taking on the day of his deadline couldn’t be worse for Duque, who wanted six hostages released by “Uriel” on the day the girl was kidnapped by the guerrillas.

The hostages were released a few days later. Military operations in the region that would put the lives of the captives in danger complicated a timely release, according to the guerrillas.

Following the release, Duque said he would not resume peace talks, because the guerrillas would be holding more hostages and should end “all criminal activity” before peace talks can take place.

Based on information provided by the military’s intelligence unit, Peace Commissioner Miguel Ceballos told press that the ELN has at least 10 more hostages, presumably including the 15-year-old girl. The ELN has denied this.

Despite the ELN’s rejection of Duque’s demands, the office said that it “hoped” the government would resume peace talks with the ELN.

We hope for a quick resumption of the talks between this group and the government as it would allow the improvement of the lives of Colombians who find themselves in the regions affected by the violence.

“We also hope that at one point in the talks — hopefully soon — an agreement about a ceasefire can be reached” that would obligate the guerrillas to end the criminal activity with which it finances its 54-year-long rebellion against the state.

Over the past decades, guerrillas kidnapped thousands of Colombian civilians, often to use ransom money to finance its ongoing attempt to overthrow the state. In areas under their control, the rebes’ rule often outweighs the rule of law.

The ELN is the last-standing guerrilla group that took part in the armed conflict that has killed at least 260,000 Colombians and has left another 80,000 missing. More than 7 million Colombians were displaced, primarily by anti-communist paramilitary forces.

National and international pressure has been huge on Duque to resume talks with the ELN against the will of his own party and campaign promises.

The ELN guerrillas’ ongoing kidnapping makes it virtually impossible for Duque to resume the peace talks that have never been as close to a ceasefire as now.