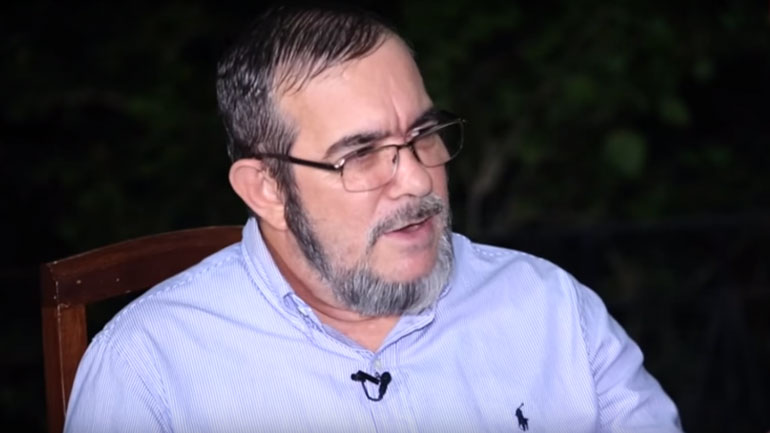 The FARC, Colombia’s largest Marxist rebel group, agrees to a conclave that obligates negotiators in ongoing peace talks to not leave the table until a deal to put an end to 51 years of violence is agreed.

According to the FARC’s commander-in-chief, “Timochenko,” his guerrilla group welcomed President Juan Manuel Santos‘ proposal to increase pressure on negotiators who have been negotiating peace since November 2012.

Timochenko met with the president’s brother, Enrique Santos, over the weekend to seek mechanisms that would allow the negotiators to meet a number of set deadlines.

Santos and Timochenko previously promised to come to an agreement on a bilateral ceasefire before December 16 and to have the final peace deal ready before March 23.

However, these deadlines proved to be tight and Santos sent his brother to Cuba to talk to Timochenko directly about possibilities to speed up the process.

According to Timochenko, Santos’ conclave proposal “is the way to show and say we want a scenario that shows results.”

“We are at a point where the process is practically irreversible,” said Timochenko, adding that successful peace talks depend on maintaining momentum.

In order to come to agreement on a truce and a subsequent peace deal, the government and the FARC must first agree on the two remaining points on the peace talks’ agenda, “Victims” and “End of Conflict.”

The 5 main hurdles for sustainable peace in Colombia

The warring parties have already found agreement on the guerrillas’ future political participation, a far-stretching reform of Colombia’s rural economy

The FARC leader said that a bilateral ceasefire that in effect would end the FARC’s 51-year-long war against the state “is close to being implemented, but those small things that are missing must be defined with great care.”