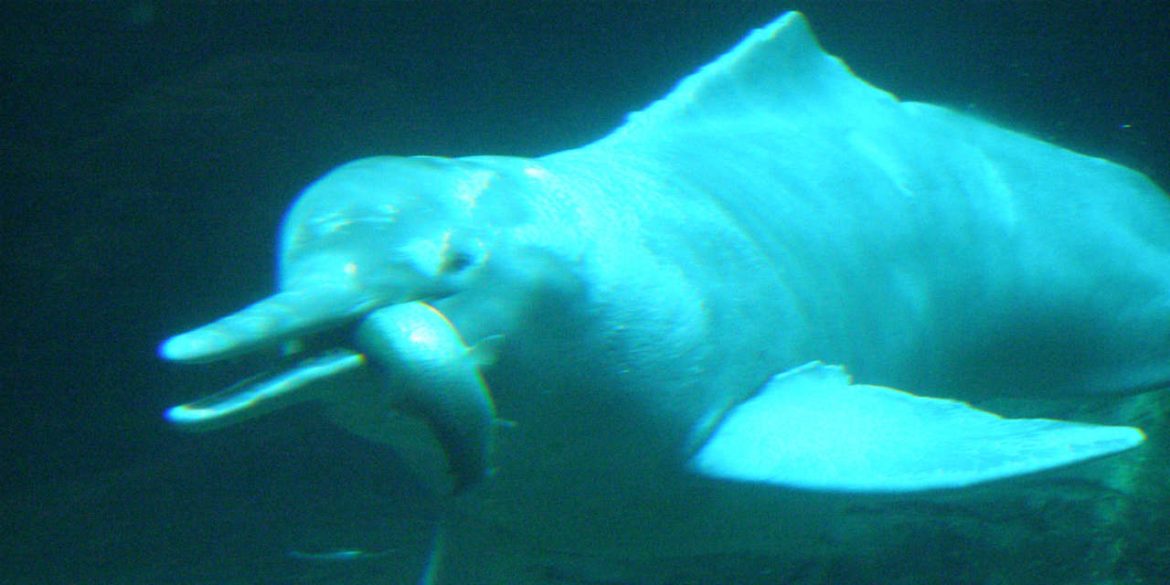 (Image by Frank Wouters (Flickr) [CC BY 2.0], via Wikimedia Commons)
Science and Tech

Colombia’s endangered Amazon dolphin population cut in half every decade

Two kinds of river dolphin found in Colombia and the rest of the Amazon are quickly dying off and facing extinction, according to a report in the journal PLOS ONE.

Boto dolphins and Tucuxi dolphins, nicknamed “pink river dolphins”, were once considered abundant in the Amazon basin, but researchers say their populations continue to halve every decade.

Researchers said, “until recent decades, the pink dolphin was protected from threats by the existence of legends and superstitions.”

But now the commercial demand to kill river dolphins—their meat and fat are used as bate to catch catfish—endangers their populations as females bear a single calf every four to five years on average.

The freshwater river dolphins are listed as “data deficient” by the International Union for Conservation of Nature (IUCN), meaning not enough is known about their numbers in the wild.

But PLOS ONE researchers said according to their work both types of river dolphins meet the IUCN criteria of being “critically endangered.”

Since river dolphins are legally protected in the Amazon basin, researchers called on governments to better enforce laws to protect dying populations.

“The results are deeply worrying and show rates of decline that are among the most pronounced measures in a cetacean population since the early years of [non-traditional] whaling,” researchers said.

The IUCN declared another type of river dolphin found in China as “extinct” in 2006, due to human activities that stopped its ability to reproduce, like overfishing, building dams, water contamination, and increased boat traffic.