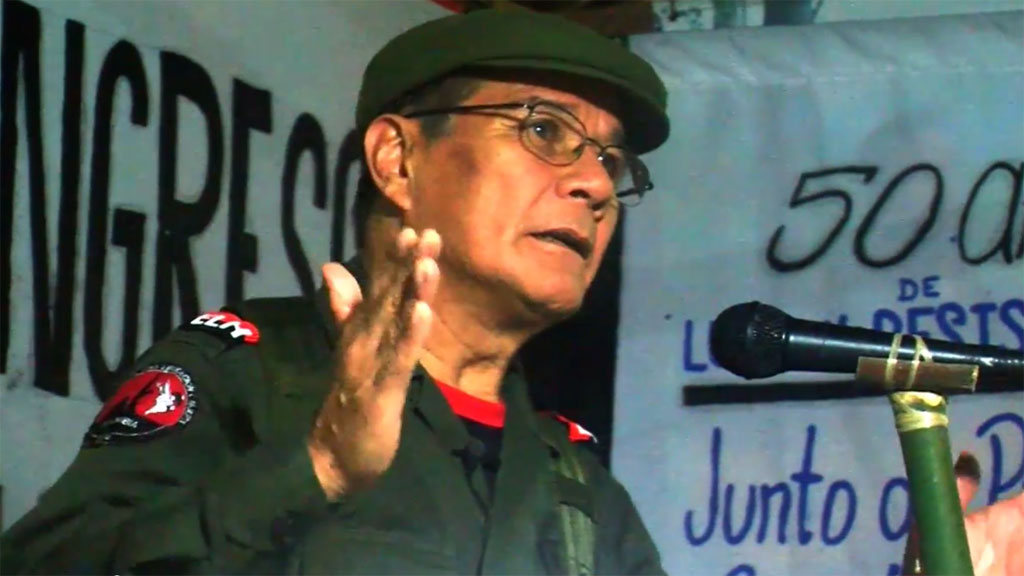 The ELN will not give into demands by the government to release hostages ahead of peace negotiations, the leader of Colombia’s second largest rebel group said.

Nicolas Rodriguez Bautista, a.k.a. “Gabino,” said that the rebel group is ready to talk and discuss anything with the government and Colombian society, but they will not accept impositions insisted upon by President Juan Manuel Santos on the release of the hostages.

“We have a pretty broad agenda with the government (…) We are people that are very similar to the common people of Colombia, for example nobody likes impositions, so we are not prepared to accept impositions.”

Following the announcement of formalized peace talks between the Marxist-inspired rebels and the government, Santos repeatedly stated that the ELN must release their hostages before the announced talks can actually begin.

The ELN had indicated last month that talks would begin in May but no such guarantees were given by the government as the issue of hostages in captivity continues to be contentious.

Gabino was emphatic that the ELN will not accept the conditions of the Santos administration insisting the number of hostages held by his group “is much lower than people imagine” and lower than the “assumptions” the media make.

Meanwhile Ecuador’s foreign minister, Guillaume Long, confirmed that issue of the  ELN hostages “is holding back the start of dialogue” which was to begin in late May in Ecuadorian territory.

“Hopefully it will be resolved quickly,” said the minister, adding that it may be necessary to “wait a few more weeks” and reiterated the readiness of the Ecuadorian government to work together for peace in the neighboring country.

It is unlikely that the first issue on the agenda will be tackled until the stand off between Santos and Gabino regarding the hostages is resolved.

The ELN have been fighting the Colombian state since 1964.